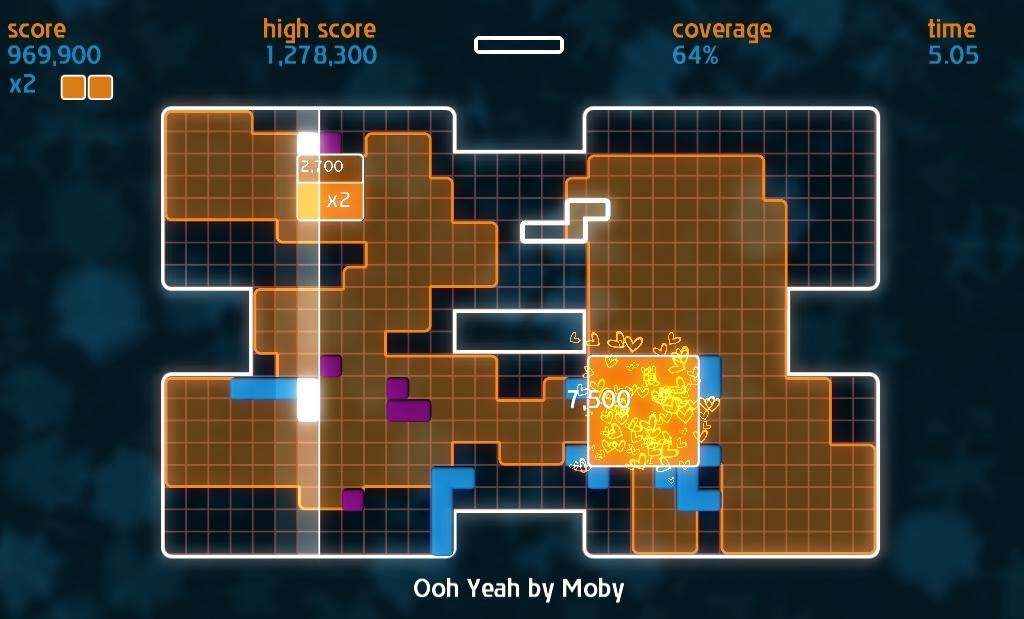 Video games have not often fared well as far as charity is concerned, in my experience at least, and it seems Chime here is the first title released by non-profit publisher OneBigGame, so naturally I feared the worst. I bravely gave it a try anyway though, and what I found was a fairly simple music-based puzzle game. The idea is to choose from a list of dance/trance music tracks, charitably donated by such artists as Moby and Paul Hartnoll, which then play while you attempt to arrange a succession of various shaped blocks within a (nearly) screen-sized grid. As you're doing this a 'beatline' continuously sweeps the playfield from left to right. If your block-placing antics has left behind any completed blocks of 3x3 or bigger, known as 'quads', they are permanently added to the 'coverage' of the grid when the beatline passes over them which means you can then place more blocks on top. 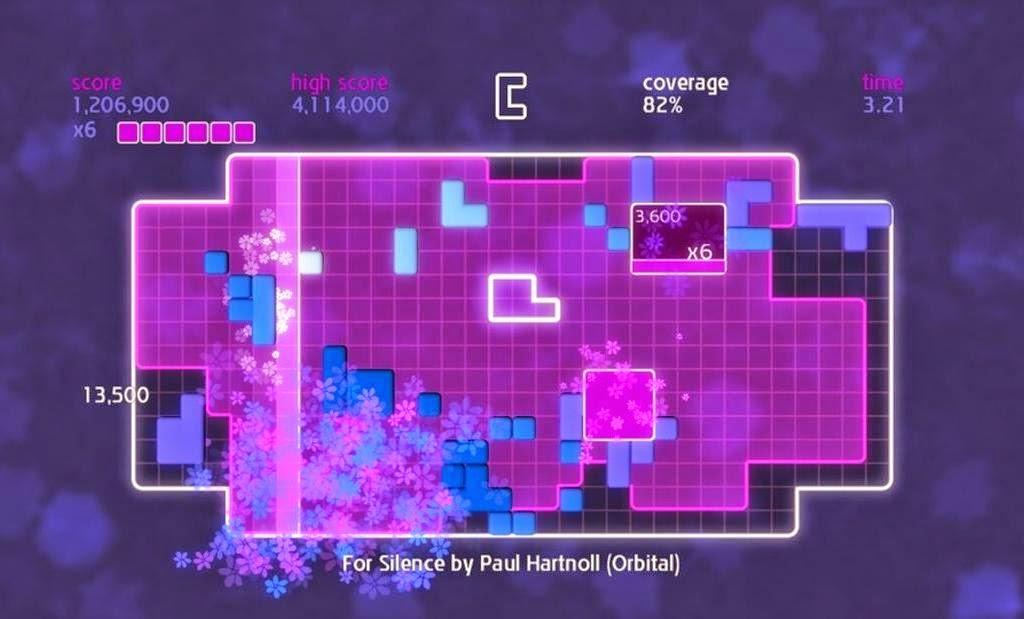 Any completed quads also trigger certain samples within the active music track so your progress with placing the blocks also determines how the music sounds. It's kind of like a top-down version of Lumines really, except with an emphasis on shapes rather than colours. There are three types of game on offer here - timed, free play, and multi-player (which is offline only) as well as ten songs to choose from, so there's a reasonable amount to keep you occupied. The replay value is good for high score chasers too, thanks to lots of bonuses and multipliers and all that stuff. Of course, if you don't like the particular style of music that's exclusively featured then there's really not much point playing at all, but if you do, Chime can prove an addictive and fairly relaxing block-bundler, especially for mildly-OCD-ish players like me who will be striving for that elusive 100% coverage!

Special Note: I have discovered since writing this review that it was only 'Chime' (XBLA) whose proceeds went to charity. The proceeds from this 'expanded' (and more expensive) version for PSN do not...