Anyone who's lazy and spends a lot of time daydreaming like me will surely love clouds. It truly is one of life's simplest pleasures laying on some grass on a nice day, maybe with some nice relaxing music playing quietly, gazing up the various different arrangements of clouds. It's also interesting that merely looking at them can not only tell you what the weather is like, but can also warn you of impending weather too! To that end, here is my Top Five:
5 - Noctilucent
These are the highest of all clouds and are almost beyond the extent of the atmosphere altogether! They can only be seen in high northern and southern latitudes, and even then only for a short time after the sun has disappeared below the horizon. They weren't even discovered that long ago and there is still little known about them. Plus, they look nice :) 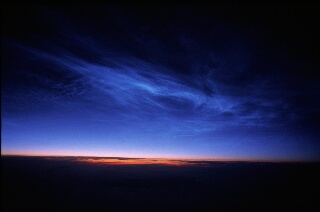 4 - Cirrostratus
Cirrostratus are also very high clouds which are so thin they often more resemble more of a haze than clouds in the usual sense. They are composed of ice crystals which sometimes form halos by refracting sunlight and can signal an impending rain or snow storm 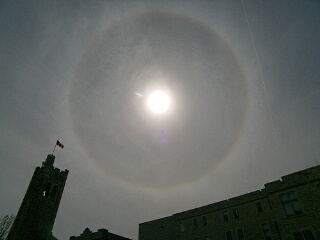 3 - Altocumulus
One type of Altocumulus, the Lenticular cloud, can take many unusual shapes, and have often been mistaken for flying saucers. In their more common form they can look pretty funny when seen covering the sky, for they are very small but usually in large groups resembling a flock of sheep! They also often signal the arrival of a thunderstorm. 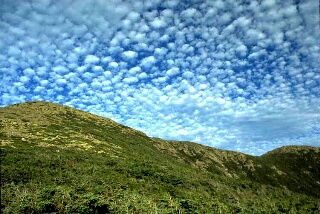 2 - Cirrus
These are very high, wispy-looking clouds which are composed of ice particles. Looking out the window and seeing them generally means it's a nice day (although not necessarily hot!). They can also cause 'Sun Dogs', which is a weird-looking atmospheric phenomenon not unlike the halos caused by Cirrostratus clouds, only these occur much closer to the horizon when the sun is setting or rising and cause bright spots or halos around it 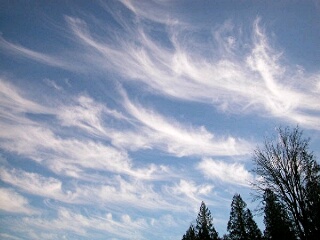 1 - Cumulonimbus
The biggest clouds you've ever seen are probably Cumulonimbus cloud decks, they are absolutely immense! At the largest they can span the entire height of the clouded atmosphere and they're responsible for near enough all major weather, be that torrential rains, severe winds, thunderstorms, lightning, hail, and can even turn into supercells. Also, they look like an Independence Day ship will appear from them. Eeek! 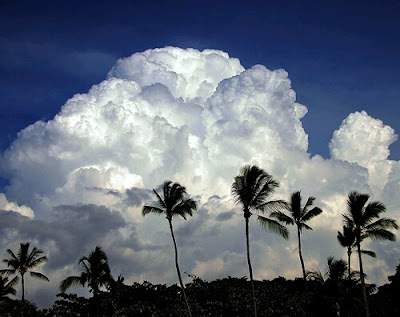