So, despite the fact that my look at the wildly fluctuating quality of Master System covers was only supposed to comprise of two posts, my interest (and amusement) in the subject, or at least the chortlesome UK/US covers, has led to an extended feature. So, for the last time (probably), here's a look at another five beauties:

Quartet (1987)
I'm still undecided about this one. The UK/US cover is typically simple and shows very little, but what it does show manages a fairly decent indication of the game - most importantly that it's a side-viewed shooter and it's a two-player game. The Japanese cover is far superior artistically, of course, but it doesn't really give a hugely accurate portrayal - if I picked that from a shelf, I'd be expecting an into-the-screen tunnel shooter! Definitely looks nicer though... 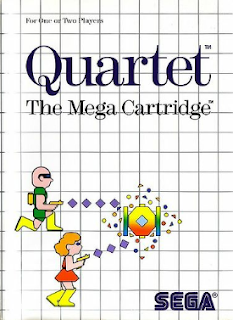 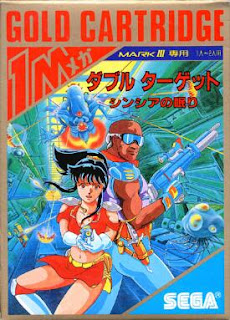 Black Belt (1986)
This game is in a high position on my list of Master System games that I always wanted to buy all those years ago but never got around to getting. Maybe I was subconciously put off by the ridiculously lazy cover design I would've found here in the UK! Fair enough - I probably would've guessed by the 'whacking foot' that it's a fighting game of some sort but even if that's all I needed to know, it's still a very poor effort. Like the Quartet cover, however, the Japanese effort looks much nicer but says little about the game. It looks more like the cover of an anime series so it comes as no surprise to find the Japanese version of Black Belt was indeed based on the Fist of the North Star series, so I guess fans would at least have some idea of what to expect. Would it have hurt to show the characters in fighting stances or something though? 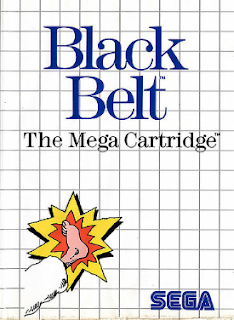 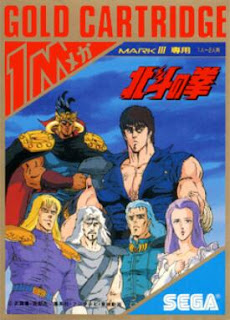 Golvellius (1988)
Compile's fantastic action-RPG is one of my favourite MS games and it also has one of the best UK/US covers too if you ask me. Not only does it represent the hero, the damsel in distress, and the terrible evil lurking in the distance, but it's also a decent piece of artwork in its own right. The Japanese cover is predictably far more anime-ish but otherwise does a similar job so I guess it just comes down to which style of artwork you most appreciate with this one. 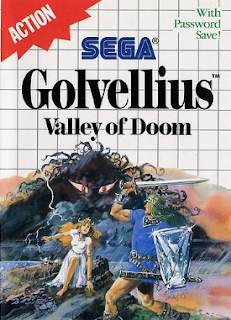 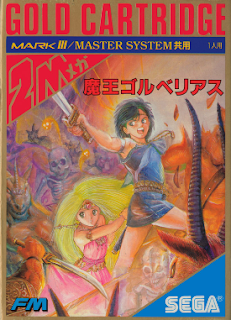 Pro Wrestling (1986)
I think of all the 'white grid' Master System cover designs, this is one of the most amusing - the strange fellow looks like a cross between Zangief and the Headless Horseman! Mocking aside, however, it may indicate the wrestley nature of the game but it's a poorly-drawn 'effort' which leaves most of the cover empty. Our Far-Eastern friends, on the other hand, were granted a much livlier and more interesting cover which probably makes the game look far more fun than it actually is. Still no contest though! 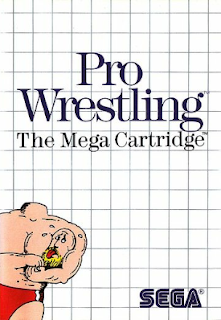 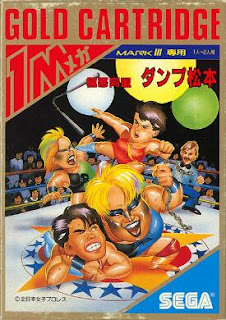 Kenseiden (1988)
Unusually for a fairly early release, this tough hack 'em up actually had a pretty good cover in my part of the world. That distinctive white graph-paper still takes up too much space but what art is there is good. The main character looks much like the one in the game and the evil enemies bear a decent likeness too. The Japanese cover does a similar job, and even manages to squeeze in that annoying wheel boss, but it's a little too cluttered for my tastes. 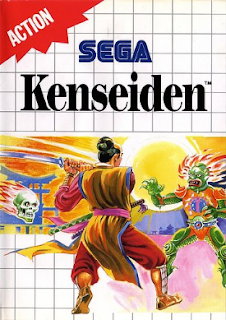 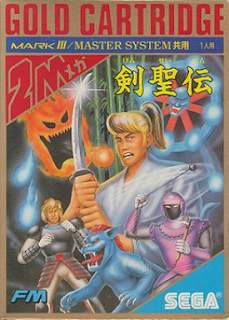 Well, I think my beloved Master System has received enough attention in this area now so I'll be moving on to another system for the next in this series of posts. Which will it be? Let's just say it's another one that features huge differences between US and Japanese covers... ;)