It may have been my first and still most treasured console, but games for the poor old Master System hardly had the flashiest-looking covers around. Considering the head-start Nintendo had with the NES, you'd think Sega would want their products to leap off the shelf at prospective new customers, not remain largely invisible! Oh well, the vastly superior cover art didn't really do much for the console's performance in Japan I suppose, but I still had a lot of fun with the first part of this feature. It seems a lot of you liked it too, so here's another selection of fine and not-so-fine covers from the Master System's back catalogue:

Space Harrier (1986)
As one of the early flagship titles for their console, it's a wonder that Sega didn't make more of an effort for its cover outside of Japan. There's a lot of empty space with the green dragon merely peering around the edge of the cover and getting a blast in the face for his troubles! That said, it is at least recognisable to fans, but just look at that Japanese cover - it's fantastic! It features a nice representation of the landscape, a couple of great-looking dragons, and even that splendid mammoth fellow from the title screen! 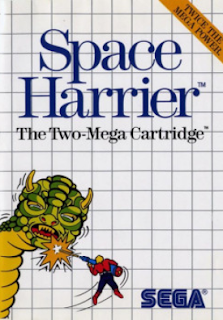 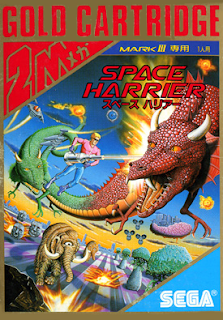 Fantasy Zone 2 (1987)
Pretty much the same situation as Space Harrier here. Most of us got this very plain looking cover with an extremely basic indication of what the player can expect, and that's either a miniature base or Opa-Opa is way too big. The Japanese cover, on the other hand, is near-enough flawless. It features lovely artwork and has a lot of detail, plus it shows everything that awaits the player. And check out that green guy at the bottom! 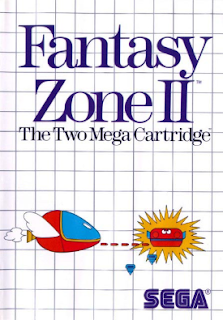 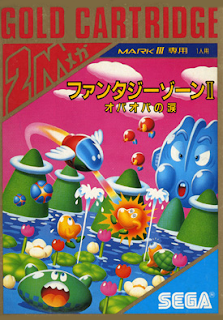 Action Fighter (1986)
Whilst neither cover here hints at the overhead-viewed nature of the gameplay, they do both give an indication of the road-based action, but which would tempt you to buy it first? The terrible UK/US cover is lazy at best while the Japanese one gives a great sense of the exciting racing action within. No contest... 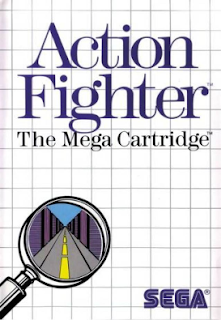 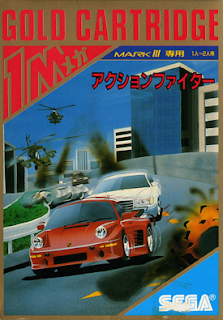 Power Strike / Aleste (1988)
Wow, what's this?! As well as being a superb shmup, the Master System's best in my view, Power Strike receives almost exactly the same cover art as Aleste! The Japanese version is still better, of course - it shows a little more (including an impending missile strike) - but this is one of the finest Master System covers to be found outside Japan! 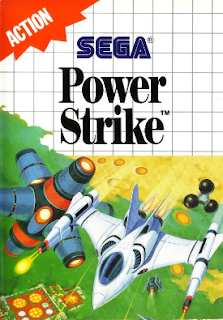 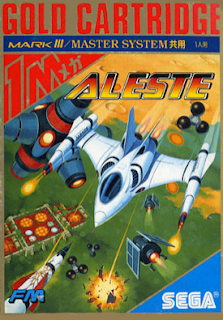 Alex Kidd in Miracle World (1986)
Oh dear, didn't last long, did it? We in the UK and US had to put up with yet another plain cover, this time featuring a possessed-looking (and blond) Alex who can be seen punching... nothing... with his weird club-hand while the splendid Japanese original features Mr Kidd as he really looks in the game and backs it up with a nice selection of enemies all trying to get a piece of him! Another superb Japanese cover... 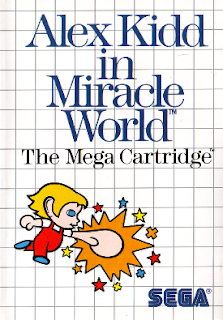 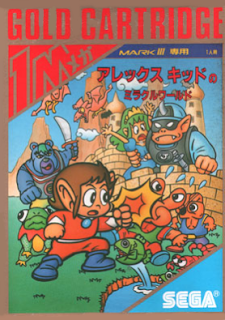 So, I guess I needn't ask this question really, but which covers do you prefer? I've never understood why the Western arms of big Japanese games companies don't just copy the original artwork. It would save them time and money, plus surely they'd appeal to shoppers more? Oh well... I'll try my luck with cover comparisons for a different system next! Keep yer peepers peeled ;)
Posted by RetroKingSimon at 20:27