I've always found it intriguing how dramatically cover art can vary from one territory to another, but in this new Red Parsley feature, I will take a look at a few comparisons. Can you guess which console I'm going start with?

Yes, that's right, the good old Master System! Some of you may have noticed that I feature Sega's fledgling console quite a bit here at Red Parsley. This is mainly because of my affection for it, being the first console I owned and all, but it's also a great little machine generally and I'm very happy to have tempted a few readers into giving it a go.

One thing the system was known for here in the UK, however, was the poor quality of its cover art, but until recently I've know very little about the Japanese version of the system, the Sega Mark III. Having done a bit of research recently it seems that, as is often the case, the Japanese versions of many of my Master System favourites received very different cover art to the versions I had...


Fantasy Zone: The Maze / Opa Opa (1987)
One of my favourite two-player games on the MS is one that actually had reasonable UK cover art as well. It demonstrates most aspects of the gameplay well enough, perhaps better than the Japanese cover which could see players mistake it for a platform game! The latter still looks better though and, importantly, shows the second player as well! 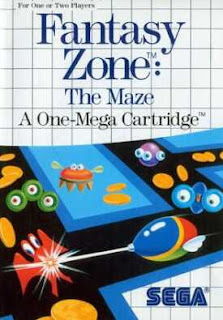 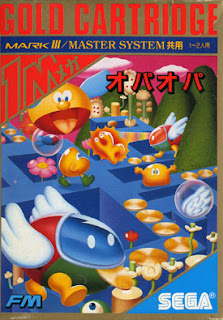 Wonder Boy in Monster Land (1988)
Whilst showing a bit more than many early UK Master System covers, this one isn't exactly oozing with details. From what it does show, Wonder Boy looks more like Wonder Man and judging by the look on his face, he's getting some sort of sadistic pleasure out of killing that knight! The Japanese offering suits the game much more. Wonder Boy actually is a boy here and he is surrounded by the kinds of creatures and landscapes that make up the game. Top stuff! 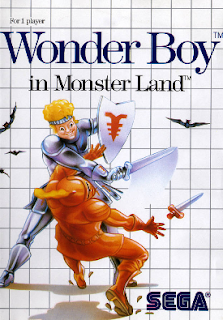 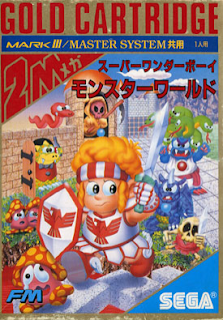 Zillion (1987)
Hmmmm, there's not much in common between these two covers. I'm willing to bet that any UK gamers who knew nothing about Zillion were unlikely to be tempted by a cover like that! I guess it's a computer but what does that tell you about the game? The Japanese one isn't the greatest cover either but at least it hints at the Impossible Mission-esque gameplay that Zillion offers. 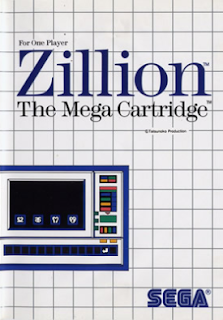 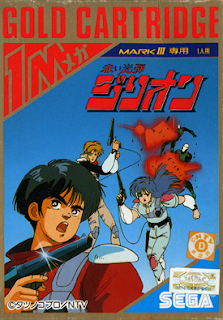 Shinobi (1987)
Well, at least it does show Joe Musashi, albeit with a rather strangely-shaped head and Westernised-eyes! There's also a few shurikens which look like they're about to take him out which doesn't fill you with too much confidence in assuming his duties. The Japanese cover seems to be based on the arcade flyer, which isn't a bad place to start, and shows a decent representation of the kind of action the player can expect to face, although hand-to-hand combat isn't featured heavily in the game. 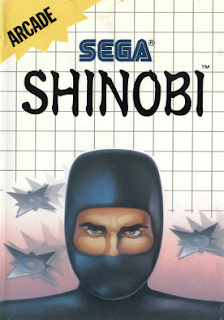 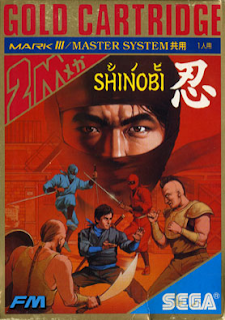 Alex Kidd: the Lost Stars (1988)
Besides Alex looking a bit weird, this isn't a bad effort for UK gamers, although I suppose it's a little plain. Just look at that Japanese one though, it's packed with details including many of the bizarre characters from the game. Much better! 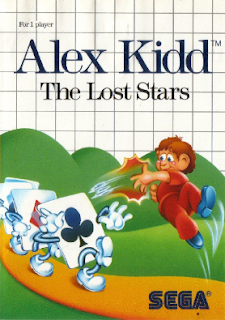 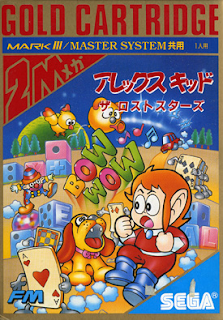 More coming soon if you liked this post! :)
Posted by RetroKingSimon at 17:27