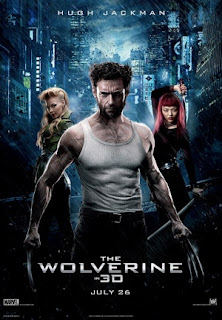 Expectation and reality are often two completely different things in the movie world (and indeed most other worlds I guess). I can't count how many times I've expected a film to be great only to find it sucked arse, and happily the reverse has been true a few times as well. However, if I told you there was a film that featured samurai, ninjas, yakuza, and Wolverine, can you honestly tell me there would be any chance that it sucked? Amazingly, this isn't just the stuff of wild fantasies either - such a film does now exist and its name, as if you hadn't guessed, is The Wolverine! Therefore, if there was anyone reading this who hadn't already decided to see the latest X-Men film regardless of any reviews, I expect you now have, but allow me to elaborate a little anyway. 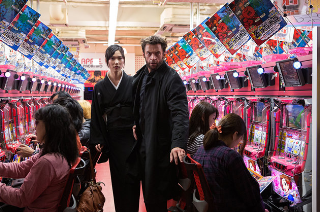 Following on from events in The Last Stand, our hairy friend is apparently no longer the assured and comfortable fellow we left at the end of that film. He is instead now even hairier and living as a hermit in the mountainous terrain of the Yukon, haunted by visions of his beloved Jean Grey, and it's here that he's located after a long search by Yukio (Fukushima), a young red-haired Japanese girl who has been charged with bringing him back to Tokyo with her to 'say goodbye' to an old acquaintance of his, Yashida (Yamanouchi), who is dying of cancer. Unsurprisingly, however, Yashida actually has another reason for summoning his old friend - he's found a way of ending Logan's 'curse' of immortality and can transfer it to someone else, namely himself. 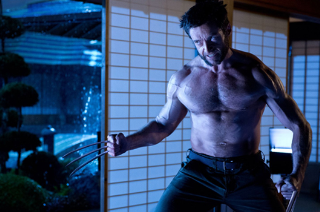 Yashida is still expected to die any time though, and it has become known that he intends to bequeath all his assets, including his vast business empire, to his demure granddaughter, Mariko (Okamoto). This isn't a decision that goes down well with her father (and Yashida's son), Shingen (Sanada), and Mariko soon finds herself on the run with only a certain clawed (though partially incapacitated) mutant to keep her from harm. This harm, of course, comes in the form of not only the aforementioned samurai, ninjas, and yakuza, but also Kenuichio Harada (Lee), a former lover of Mariko's and head of the Black Ninja Clan (what other colour are ninjas though?), Noburo Mori (Tee), a corrupt government official, and the alluring Viper, another mutant who has her own motive for pursuing the vulnerable couple. 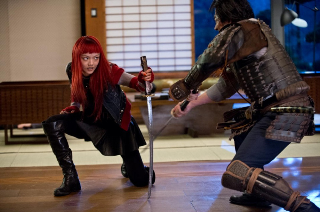 The story is a fairly predictable one, certainly after the first 30 minutes or so, and will already be known to fans of the comics, but it's an immensely enjoyable one all the same. One of the major reasons for this is Hugh Jackman as usual who's never been better as the character he was born to play. He's also never been bigger, having bulked up considerably, but he's not just an angry juggernaut smashing his way through the bad guys of Japan - there's more substance and depth to the character this time around as well and Jackman portrays Logan's conflicted, almost tortured side as convincingly as he does Wolverine's rampaging slice'n dicer, and that's handy as he can no longer charge about slashing everyone up as recklessly as once he did either. 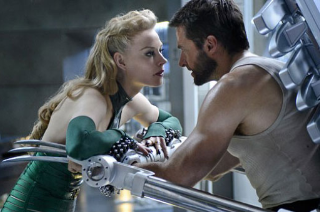 The large (and mostly-Japanese) supporting cast also mostly make valuable additions but it's probably Viper (portrayed by very-un-ugly Russian actress, Khodchenkova) along with Mariko and Yukio - the three female characters - who are the most interesting of them. The action scenes are also a highlight; though certainly not only featuring Wolverine (Yukio is pretty handy with a katana too - see above), he gets the best of them including what must easily be the best 'roof of moving train' fight scene ever filmed (atop the bullet train of all things!). So, all things considered, it's really not hard to see the appeal of this film - most films set in Japan are awesome anyway so throwing Wolverine into the mix can only serve to make this example even awesomer! It's not a perfect film (what is?) but is superior to Origins and, thanks to Jackman and the rest of the top cast, not to mention a decent script and fantastic direction, The Wolverine is probably the best X-Men film yet.