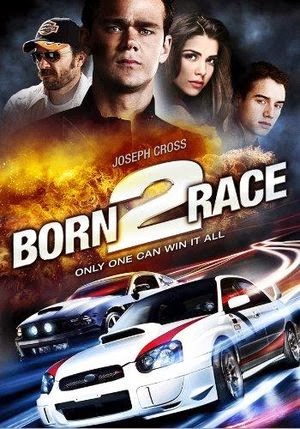 Tagline: "Only One Can Win It All"

It was an alarming amount of time ago now that I took a look at one aspect of the legacy left by the Fast and Furious films, namely the simple and/or cheap methods of modifying otherwise-normal cars to turn them into tarmac-shredding monsters. However, one more obvious way they've left their mark comes in the form of the glut of car films that have been turning up in the intervening years. Already one of the more well known of these is the forthcoming (at time of writing) film based on the Need For Speed game series but a less well known example I recently discovered is Born 2 Race (or Born To Race - I don't think the producers could make up their minds). Despite not being deemed worthy of a cinematic release I nonetheless kept an open mind and remained hopeful that it might actually be that rarest of beasts - a street racing film that was actually about street racing rather than being another 'tough guy(s) take down evil crime boss while occasionally driving fancy cars' film. Let's see if my hopes were fulfilled... 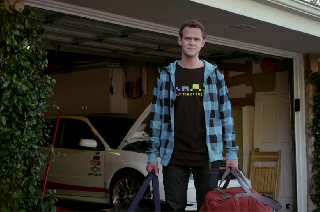 The short answer, for the benefit of any impatient readers, is: kind of. The closest to a 'proper' street racing film the F&F series has gotten so far is Tokyo Drift, and Born 2 Race has a startling amount in common with that fine movie. Both star a 'rebellious' American teenager who, near the start of the film, is manipulated into taking part in an illegal street race and gets caught by the fuzz. Both are then sent packing to live with their estranged fathers after their despairing mothers have endured one scrape with the law too many. In Tokyo Drift, that of course means an ex-military father in Japan but here for Danny Krueger (Cross) it's an ex-NASCAR driver, recovering alcoholic father who also happens to run a garage, but he's at least still in the States which means Danny can take his precious (and heavily modified) Subaru Impreza with him. Both fathers then lay down the law which includes no racing... and both pesky youths immediately disregard this without hesitation. 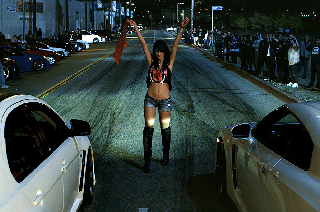 In Danny's case it might've been a little harder to say no since he's a minor celebrity amongst street racers, having previously won (and lost) a spot with a legit import racing team. On top of that, his school has a shop class littered with engines and various car parts and also offers a place with the NHRA - the official drag racing association - but only if he can win the High School Drags competition! This might not seem like the best environment in which to cure his behavioural problems but it's a lot more interesting than sending him to a dusty ranch in Montana or something, and will certainly assist him in his quest to become 'the fastest'. Of course, on the way to doing this he effortlessly makes a few enemies, chiefly the school's current champion racer, steals his girlfriend, makes a couple of friends, and shags up his car resulting in a bonding session with his pop who helps with his last-minute rush to get it ready. However, as some F&F fans might have noticed, all of this happens in Tokyo Drift too! 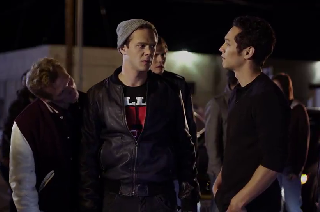 So then, we're not dealing with the most original of films, and the performances of most involved is little better than passable too. Let's face it though - anyone likely to watch this will be doing so for the cars and the racing action (like me) and this aspect of the film is pretty good. As mentioned, Danny drives a not particularly impressive (looking) Impreza but generally the film has a much greater emphasis on muscle cars than Japanese 'rice rockets' which are often mocked as being mere pretenders. There are some great sequences, too - an Impreza vs Mustang race (or chase) through busy city streets, for example - and lots more American muscle tearing up the drag strips including some rather unusual choices amongst the standard Challengers and Camaros. These impressive vehicles and the races they're involved in are pretty much the only reason to watch Born 2 Race though, which is basically Tokyo Drift minus much of the glitz and glamour (and budget). Pretty entertaining if you're into cars but everyone else will nod off within the first half an hour.