I don't have a tremendously large retro collection these days, much to my sorrow. There are several reasons for this including limited space, a video-game-hating wife, and this very blog (I spend a large portion of my gaming time on emulators grabbing screen shots), but I do still have a few decent items left. One of my favourites is rarest console I own - a 'Skeleton' Saturn, as they have become known. 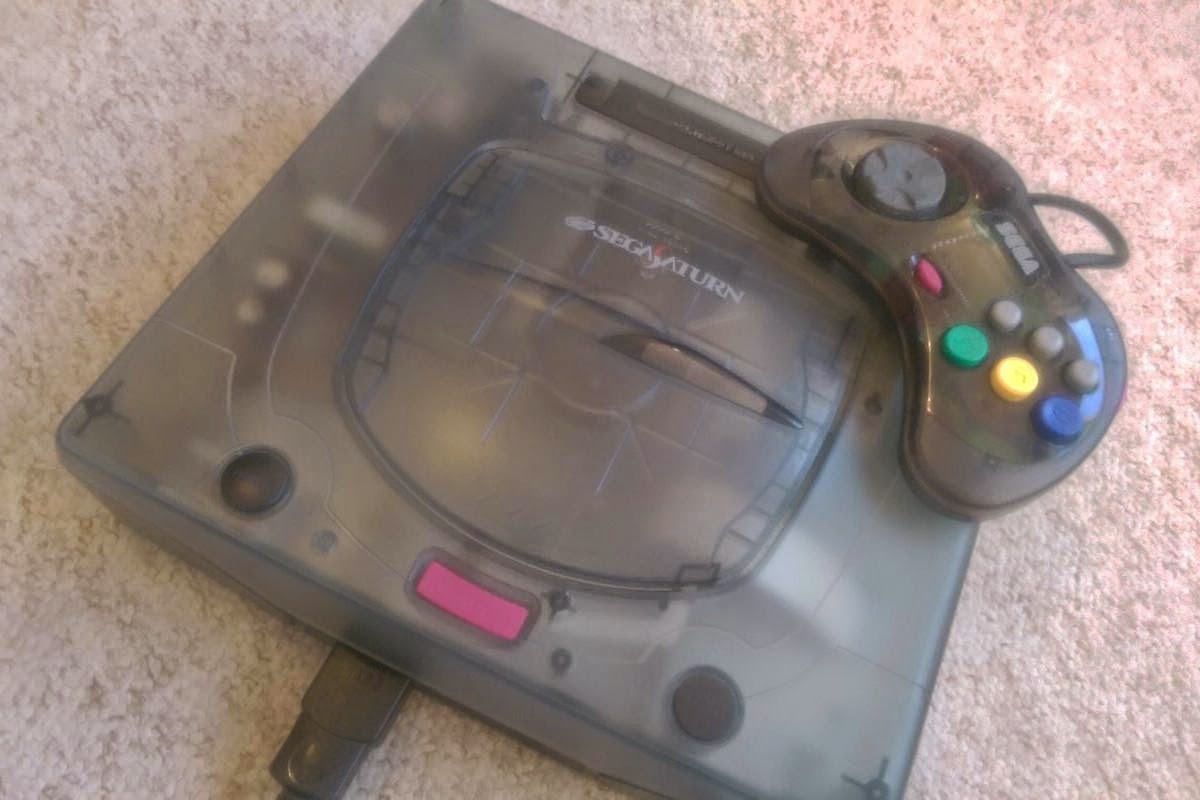 As anyone into retro gaming knows well, Sega's Saturn was a fantastic system with stacks of top-quality titles available. Many of them were only released in Japan, however, which means any serious player or collector needs to either have their UK/US machine modified to play Japanese games, or go the whole hog and buy an actual Japanese system. As is often the case with our Far Eastern friends, there were several models of Sega's 32-bit powerhouse including one with white casing and another with grey casing, but by far the most interesting models to collectors are the so-called 'skeleton' Saturns which have smoky grey transparent casing, allowing you see the various bits and pieces inside. These were the final Saturns to be manufactured and came in two guises. 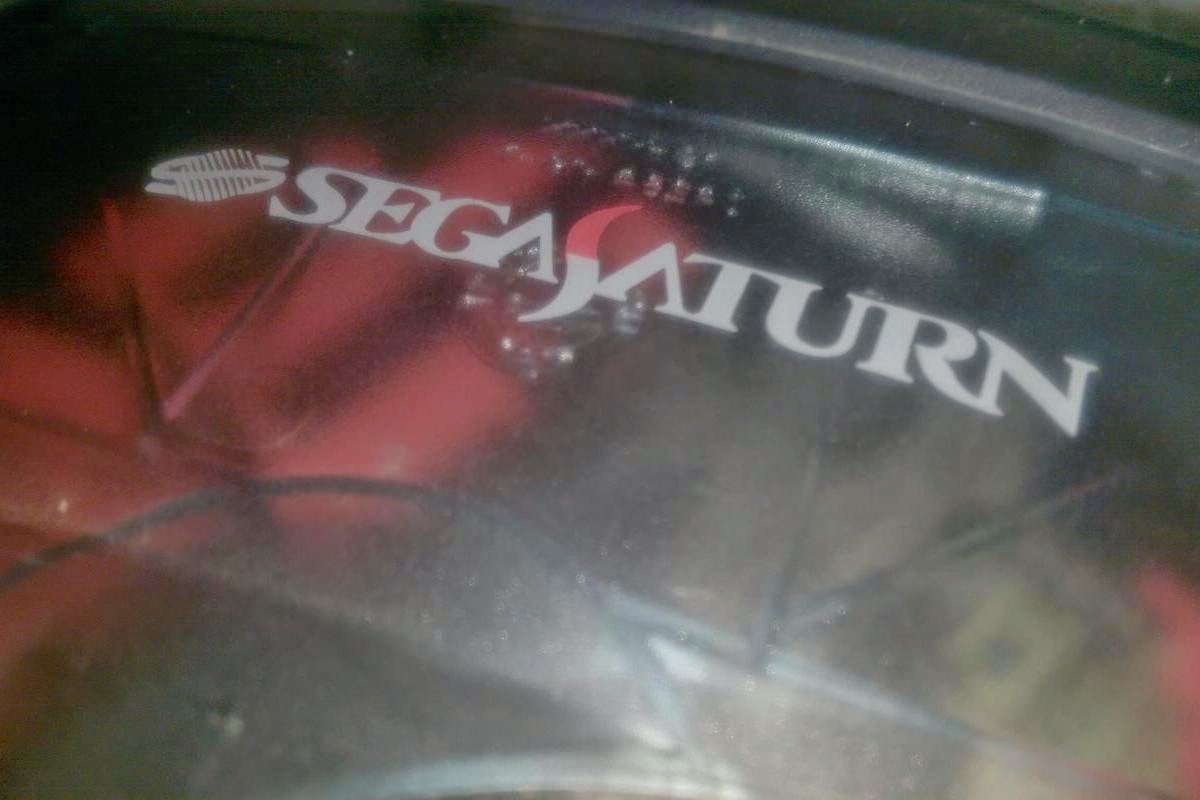 The most common version of these very desirable machines, or rather the least rare one, is the 'This Is Cool' edition which, aside from the semi-transparent casing, has the aforementioned slogan emblazoned across the disc lid and controllers. There were apparently 80,000 of these produced for Japan and the US. Rarer than this model, though, was the 'Derby Stallion' edition which was released to tie in with the horse racing game series of the same name (although, curiously, did not include the game itself). It has similarly smoky/transparent casing, this time without any slogans besides the console's name, and was released in 1999 only in Japan. The run was limited to 20,000 units which makes it, as far as I'm aware, the rarest Saturn console of all. And I have one! Yes that's right, remarkably I have owned a Derby Stallion Saturn pretty much since they were released, and the odd thing is, back then I had no idea that they even existed. 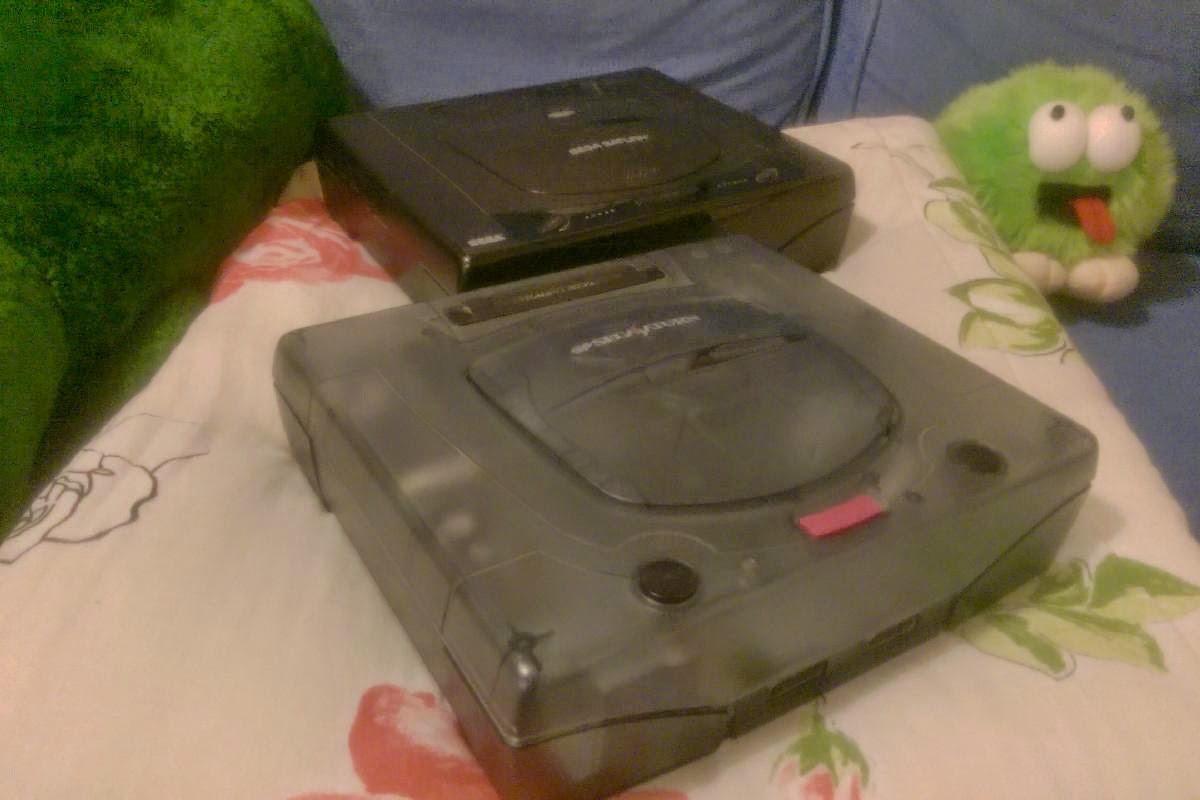 The relative failure of the poor old Saturn here in the UK meant most magazines focused on its Japanese releases as there were so few new 'official' UK games being released. I wasn't confident about getting my existing console 'chipped' to enable it to accept imported games so I decided to buy a Japanese model instead. This meant mail-order, for the evil realm of eBay was still a mystery to me at this time, and my preferred repository for most retro stuff back then was called Raven Games (who I am surprised to find still exist) who I soon called. They told me they had one Japanese Saturn in stock and, if I recall, it was priced at £120, so I enthusiastically relieved them of it. No mention was made of its special nature at any point and I still didn't even realise when it arrived, I didn't really have any reason to think it was anything but a typical Japanese Saturn.

Some years later, of course, the rather more exclusive nature of my naked special Saturn became apparent and it has taken pride of place in my collection ever since, and it also prompted me to seek out special editions of other consoles in the future; I bought a 'Platinum' GameCube, for example, which I thought was rarer than it actually is (chortle), and I guess that's also why I kept putting off buying an Xbox until I could find one of the lovely green ones.

These days are pretty much over though. With a couple of long-overdue exceptions (PC Engine Duo!) I don't expect to buy any more actual consoles in the foreseeable future and I certainly don't have the finances in place to procure one of those crazy prototype machines that pop up now and then (i.e. Sega Neptune), so I suspect my elegant Skeleton Saturn will remain my crown jewel for some time to come.