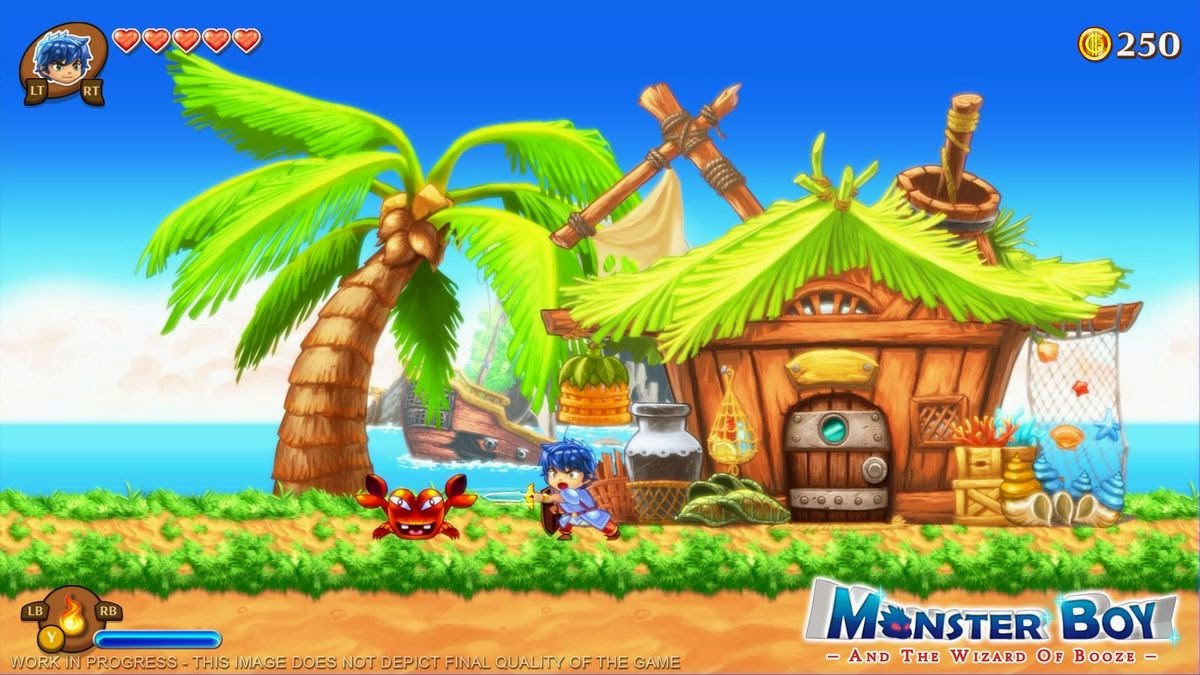 Growing up as a Sega fan-boy as I did in the late 80's, there was one series of games that was a must-have, and that was Wonder Boy. The first entry in the series was a fun action game but the second, called Wonder Boy In Monsterland, was a revelation, taking the form of a fully-fledged arcade adventure made up of lots of magical lands to explore and tons of special stuff to collect. The third instalment was even better and remains one of my favourite games of all-time, but whichever one you prefer, there's no doubting that this fantastic series was a great reason to be a Master System owner. It should therefore come as mesmerisingly awesome news to hear that there is a new title on the way. 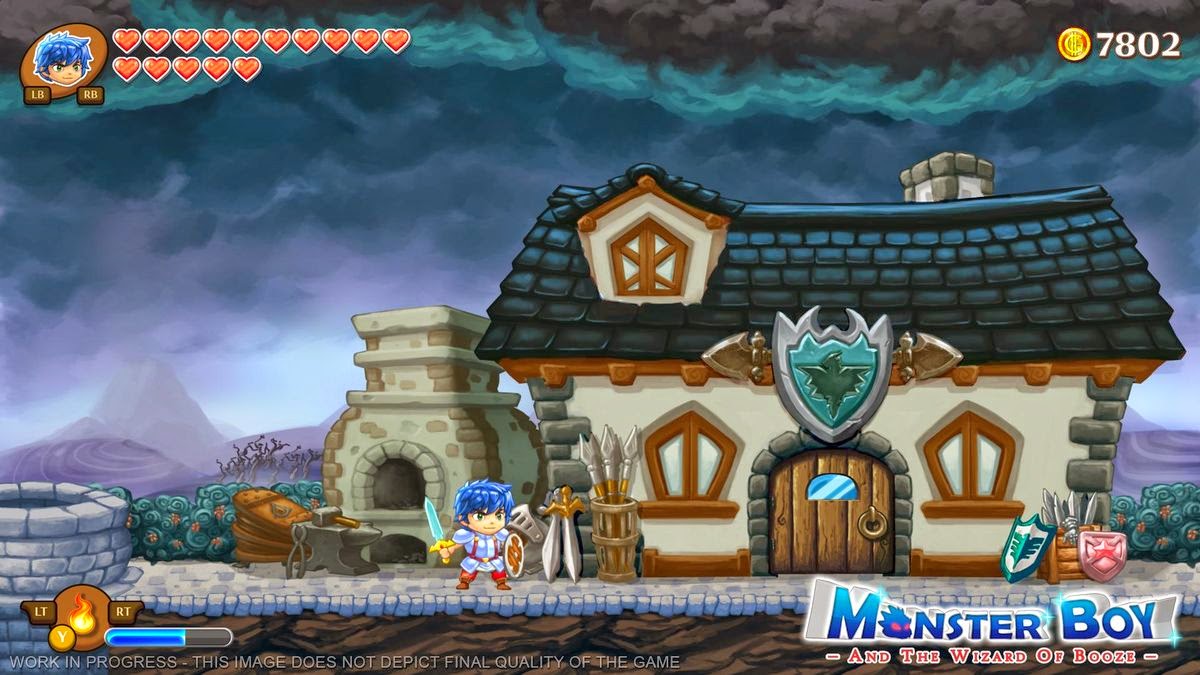 Yes, you heard that correctly, for there is a new Wonder Boy game coming! Well, kind of. Due to Sega owning the rights to the name, it will actually be called Monster Boy (a homage, presumably, to the series' alternative name of Monster World), and is being developed by French studio, Game Atelier, before German publisher, FDG, put it out for them. The good news doesn't end there either. Somehow, the team even managed to secure the services of a certain Ryuichi Nishizawa, one of the original creators of the series! Sweet mother of all that is pure and holy, this sounds like a dream come true for MS fan-boys like me (and my good friend Luke who introduced me to the series to start with)! 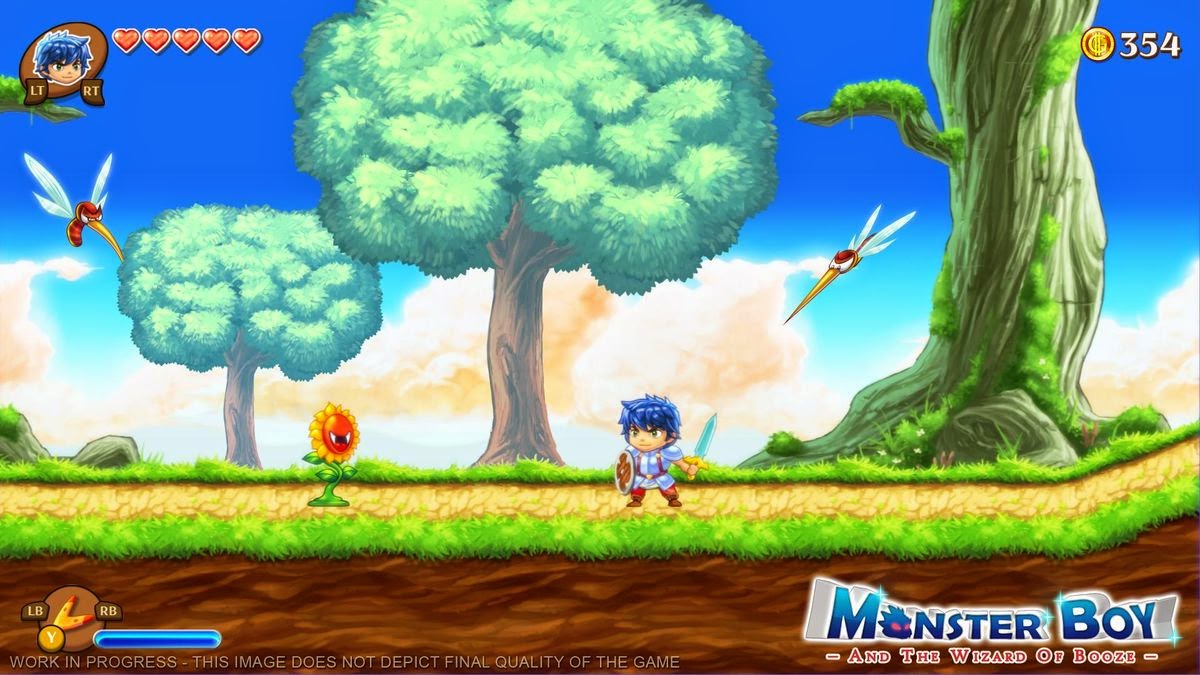 As great as it sounds, though, the release still looks to be some way off - as far as I can tell there isn't even any in-game footage yet, just the trio of screenshots shown here, but it's already looking like a cracking game. The HD visuals look gorgeous and the 'teaser' (below) hints at a soundtrack of remixed classics, and it sounds like there will be some other nods to previous games in the series too, notably Wonder Boy III's menagerie of creatures that each allow you to access different parts of the game world. Sweet! I don't know about you but I'm really excited about this one. If it's anywhere near as good as its huge potential allows, it could well be the best indie game for a long time.

Check out the teaser trailer for this superb-looking new game below, which doesn't show a great deal yet to be honest (but does include a nice take on a classic WBIII tune). Alternatively, find out more and keep up to date with news at the official site here.