From the Neo Geo Pocket to Your Actual Pocket!

I have little doubt that many of you will have heard of SNK vs Capcom: Card Fighters Clash for the Neo Geo Pocket Color. It was one of the fab system's more notable releases and had a small but passionate community of enthusiastic players. Some of you may have even been among them! And now, splendidly, you don't even need to be an owner of SNK's little box of tricks to play it. Ooooo. 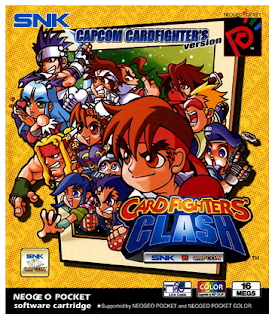 No, I'm not talking about emulation either. Something wholly more remarkable has been afoot here, and it's all down to one fan of the original game, Andrew Thorson, who has taken it upon himself to turn Card Fighters Clash into an actual card game with real, physical cards! I should probably talk a little about the game itself before I go any further, however, for the benefit of the uninitiated.

All versions of the game, which includes the NGPC original (of which there were two versions - SNK and Capcom editions), a new NGPC 'expand' edition, updated versions for Nintendo's DS, and now this physical version, are all collectible card strategy battle type games.

The many cards feature characters from both SNK and Capcom's respective gaming universes who are pitted against each other, but using their unique stats and special properties as displayed on the cards rather than resorting to fists and frooming fiery projectiles and all that other dangerous physical (and ungentlemanly) stuff. The only question was: where did your loyalties lie? With SNK or with Capcom? 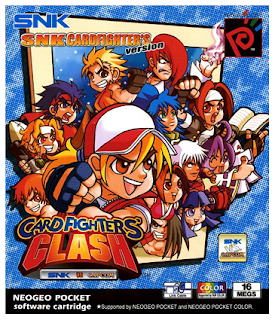 It was something of an acquired taste as a video game, especially on such a (dare I say it) niche system, but it actually makes a lot of sense to turn it into a real card game, and it's a project that Andrew began way back in 2001. During that time it's gone through a number of updates and revisions, most recently in 2012 when the design of the cards was given a major overhaul. Now, the project is pretty much complete, and the best part is, since Andrew doesn't have an official license or permission from the copyright holders (i.e. SNK and Capcom) to use the characters, it's a totally free, open-source game.

Well, that's if you want to download the card images and print them out for use yourself, and if you've got a few retro-gaming friends, it might not be a bad idea! You can even make nice boxes for your cards and a game mat/board to play on too. So, in Andrew's own words, let's spread the word of this project and get people all over the world playing the tabletop version of the great video game. Maybe some day some company will do an official adaptation of the card game for us all to enjoy, and the more people know about this the better the chances are something like that may happen.

Last but not least, there is currently a competition running to win some pre-printed cards, with the goodies on offer including SNK and Capcom starter decks, booster packs, prototype holographic cards, and even special promo cards. To be in with a chance of winning some of this lovely kit, simply visit the relevant Facebook page here and follow the instructions (i.e. do all that like/comment/share business). 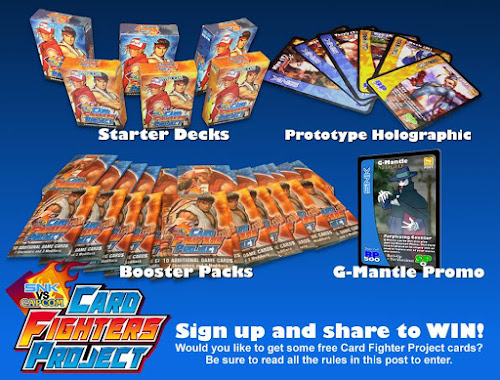 Gameplay Video: If you'd like to see the game actually being played, check out this video. If you fancy giving it a go yourself, check out the official Card Fighters Project website here.