This time last year I was getting quite excited about the the movies due for release in the coming 12 months. I ended up seeing four of the top five in the cinema (only Terminator Genisys missed out thanks to its rather lacklustre reviews) and I ended up seeing most of the bonus titles mentioned at the bottom of the post too.

It was a good year for films then, but this coming year could potentially be even better. I've again made a Top Five of the ones I'm most looking forward to. It's been harder to narrow the list down than it was last year, and in the end neither of the big two DC films made the cut, but here are my choices. What are yours? 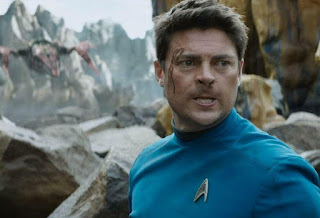 I've seen an incredible amount of vitriol aimed towards so-called 'JJ Trek' in recent years (as if he's the only one responsible for the new films!) but I've enjoyed them quite a bit personally. After the arguably unwise decisions of Into Darkness' story, this third outing for the new crew does at least feature a new and original story centred around an attack by a swarm of unknown but powerful aliens. Apparently it's an all-new race too, which I guess is both good and bad. It pretty much looks to be 'as you were' really though. There is clearly lots of action again and it appears from the trailer that the Enterprise gets destroyed (yet again), so it will be interesting to see how the crew gets home once they inevitably vanquish their terrible new foe. As much as I like this crew, though, I'm not quite as pumped for this as I thought I would be once I saw the trailer. Then again, it is still Star Trek, and that makes it a must-see for me. (see official trailer here) 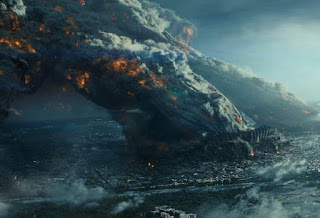 Yes, the original film may well have been an incredibly cheesy slice of American flag-waving nonsense but it's still mighty entertaining in a 'switch off your brain' kind of way. It starred Jeff Goldblum, which is always a good thing, and happily he's back in this sequel too. Less back, however, is Will Smith - so much so, in fact, he's not in it at all, to the disappoint of many. I'm not bothered though - instead I've been occupying my thoughts with how awesome this long-awaited sequel could potentially be. The answer? Very. It appears the aliens did not taken their previous defeat lightly and have not only sent another attack wave, but one that's seemingly a great deal larger and more powerful than the first (which was hardly small in itself). Interestingly, in the intervening years, us humans (or perhaps just our American saviours) have integrated the alien technology with our own military equipment which should, in theory at least, make it a fairer fight, but I'm sure those dreadlocked oafs have a few tricks up their sleeves. It's bound to be another silly blockbuster but this is the kind of film that cinemas are made for in my opinion - a big, loud experience that can't be duplicated at home. (see official trailer here) 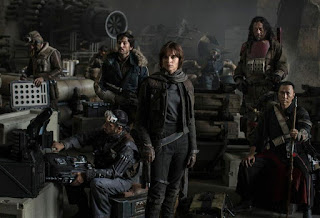 Now that the delights of The Force Awakens have sent everyone Star Wars crazy again, the long wait for Episode VIII begins, and while we might not be getting that for 18 months or so, we will at least be getting a Star Wars film of some sort sooner than that. In under a year, no less (which is still quite a while I guess!). It's the first of three 'specials' planned by Disney and will be set shortly prior to 'A New Hope', focusing on the titular group of Rebel Alliance fighters who carry out a daring mission to steal the plans to the newly-constructed Death Star. Which basically means that, unless there's an almighty cock-up, this will be... awesome! It's still a long way off so not a great deal is known yet but there is the potential for several well-known characters to make appearances and even rumours of Darth Vader having a role. Say no more - I'll be keeping both eyes keenly aimed in the direction of this one over the coming months but I'm confident it will be great. How could it possibly not be? (see official trailer here) 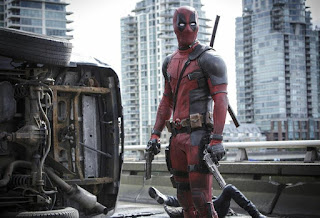 I didn't know hardly anything about this character until this film was underway, but it has become very apparent that the comic-fanboys absolutely adore him. Possibly because his adventures contain much more violence and profanity than his Marvel contemporaries, and everyone knows that violence and swearing make any film better. I might say that semi-mockingly, but the trailer for Deadpool's first (proper) cinematic outing does look pretty frickin' sweet! For those of you who know as little as I did until recently, the character is the result of an experimental procedure meant to cure a former special forces operative of terminal cancer. It works but has the side-effect of turning him into a 'dark and twisted', wise-cracking, bad-guy-killing mercenary, and also happens to bestow special powers as well, such as accelerated healing. Naturally, the first thing he does upon acquiring these abilities is go after various hoodlums who have wronged him. How can that be anything but awesomely entertaining? (see official trailer here) 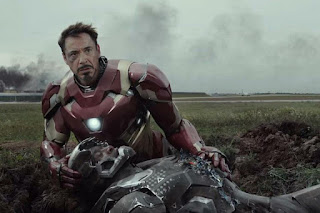 Well, we've now had the final part of MCU's second phase of films, so now begins 'Phase 3' with this, the third of Captain America's solo outings. Well, I say 'solo' but near enough the whole stable of heroes will make an appearance here with the exception of Thor and Hulk, as they side either with Cap or Iron Man in the titular conflict. Having watched the stonking trailer, as much as I like Cap, I can already feel myself siding with Tony on this one. Just look at his face in this still! What happened to War Machine? He'd better not be dead! I still don't see how Cap could defeat Iron Man though, even with help from Bucky and others - surely Tony would only need to connect with a few repulsor blasts, never mind his more formidable weapons? Oh well, I'm sure they will be more evenly matched than they are in my head at the moment, and I'm damn sure looking forward to finding out! Looks like we will get our first glimpses of Black Panther and the new Spider-Man prior to their own films too! (see official trailer here)

And there's more! I'm also looking forward to these films in the New Ultimate Movie Year: this year's Oscar darling, The Revenant, two video game adaptations in Warcraft and Assassin's Creed, the two DC films, Suicide Squad and Batman vs Superman, neither of which I'm nearly as pumped for as most people it seems, but I'll still watch them. Then there's the other big Marvel film, Doctor Strange, as well as X-Men Apocalypse, the splendid-looking heist film, Triple 9, the unexpected-but-surely-hilarious Zoolander 2, the new Pixar effor, Finding Dory, alien invasion thriller, The Fifth Wave, a pair of sci-fi adventures in The Space Between Us and Passengers, the latest Coen Brothers film, Hail, Caesar!, and we may even get the new Wes Anderson film too (no release date or even name yet).