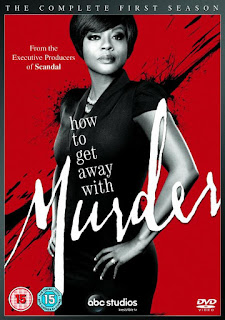 I've been saying for years now that there are far too many films and TV shows about murder. They can be entertaining, don't get me wrong, but surely they just give would-be killers ideas? Has someone enraged you? Or perhaps you're simply curious about offing someone? Well, you are in luck - simply do everything the idiotic killer in the complicated murder story on TV did except the thing that got him caught. Hey presto, you're now a successful murderer! I suppose it probably wouldn't be the greatest thing ever if this had happened, obviously, but it wouldn't surprise me too much. Not only is there a crap-load of source material, but now there's even a show that sounds like it was written for that very purpose – the aptly named How To Get Away With Murder - a new ABC show which débuted last year to good reviews and bagged its main star, Viola Davis, a Golden Globe for her efforts. 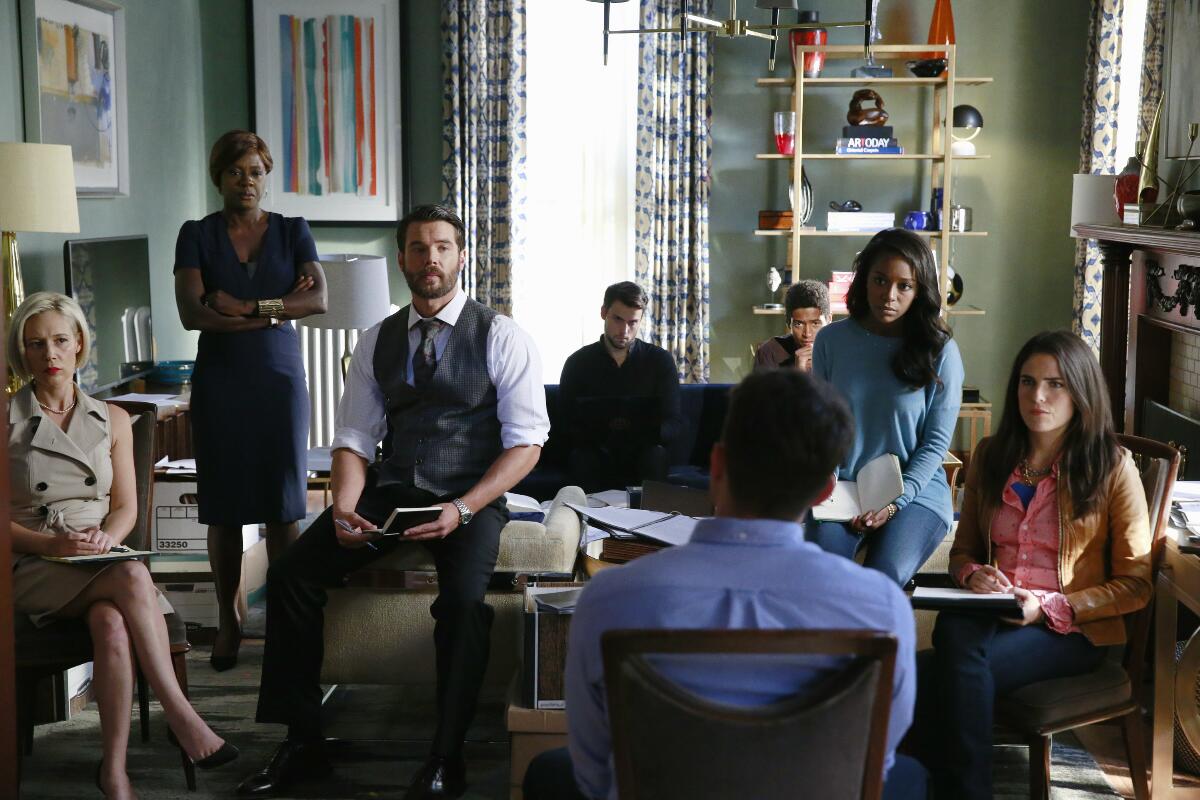 I'm not sure how much of a push it received though - the first I even heard of it was when it popped up on Netflix recently and my lovely wife decided she fancied giving it a go. Most of the story is centred around Annalise Keating (Davis), a rather prominent criminal defence attorney as well as law professor at the prestigious (and fictional) Middleton University in Philadelphia, where she, some of her staff, and a group of her hand-picked interns become embroiled in first one, and then two murder plots, both of which (somewhat improbably) occur on campus. Much of this is explored through frequent flashbacks, while in the 'present day' they undergo their training, tackle the occasional client/case, and go about their highly dramatic lives, which of course include various intermingling romantic and/or sexual relationships and infidelities. 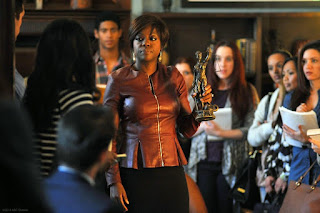 Naturally then, events are full of much drama and intrigue! Luckily, the cast seems to be pretty well-chosen in that regard. There are many regular characters but some stand-outs for me include Alfred Enoch as student Wes Gibbins, Liza Weil as Annalise's somewhat put-upon associate attorney Bonnie Winterbottom, and of course Viola Davis who is superb as Annalise herself whose stern manner exudes confidence and intelligence but who isn't above making her own mistakes either. Unfortunately, neither she nor many other characters are particularly likeable, and consequently I found I wasn't really invested in their various skylarkings, whether it's a ghastly murder or simply cheating on their partner/lover. There's a little too much drama for my liking too - everyone seems to betray everyone else at some stage or another and there are just so many twists they soon start to lose their impact, and my interest in the process. 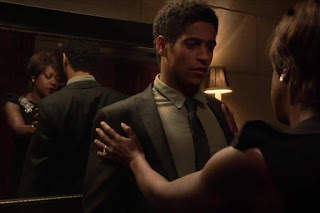 I guess some people will love this style of drama as characters stab each other in the back left right and centre - it certainly keeps the tension levels up, and with a few rather more relatable characters it might work, but I found that it got a bit silly for my tastes. As is often the case, some of the 'students' are unrealistically mature/astute too, which doesn't help the realism levels. I'm being somewhat harsh actually, I suppose - it's really not a bad show at all and I've quite enjoyed watching it, but if more time has been spent fleshing out the characters - their past, their motivation, etc - then it could've been much better if you ask me. The actors are clearly a talented bunch though, and they have had a quality production built around them, so I can see why this new show has been so well received. Perhaps the second season will be a bit less silly?