Despite the fact that they were supposed to be regular features, it has now been a somewhat unsettling two years since the last selection of 'Cover Art' comparisons here at Red Parsley. I guess I'm not too apologetic though - there's just so much stuff to cover, it's easy to get side-tracked! But these posts are good fun so I'm glad to present this third selection for the mighty PC Engine / TurboGrafx-16:

Ninja Spirit (1988)
This conversion of the arcade game of the same year actually features pretty similar covers for both main territories. Each is centred around a possibly-angry ninja aiming a sword at the viewer, although the Japanese ninja is apparently able to either shoot or absorb lightning with his, and each features a scary spirit of some sort lurking behind the ninja - an ogre on the Japanese cover and what looks like a werewolf on the U.S. one. As is often the case, the artwork of the latter is more cartoony and of a poorer standard, but I'm not sure I like the Japanese cover being partly taken up by a couple of screenshots. I guess this one's a draw then, all things considered. 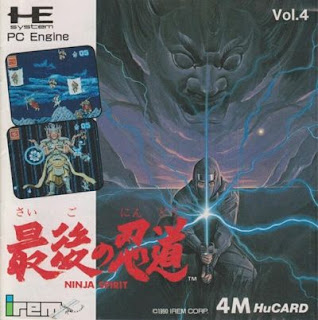 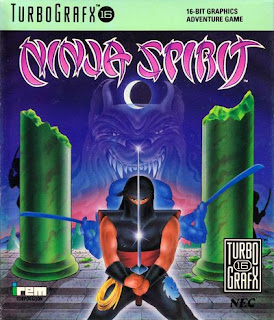 Aero Blasters (1990)
Here, on the other hand, are two markedly different covers for Kaneko's addictive horizontal-scroller. As well as being the only one to feature the game's distinctive logo, the Japanese one unsurprisingly makes use of some anime characters with an appropriate-looking aircraft behind them while the North American effort instead simply features two similar spacecraft swooshing towards us - pointing, perhaps, to the two-player mode the game offers. It's a decent one for TG16 standards but I think I prefer the more eye-catching Japanese original. 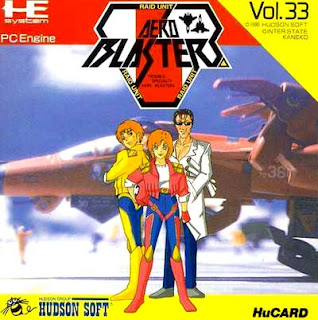 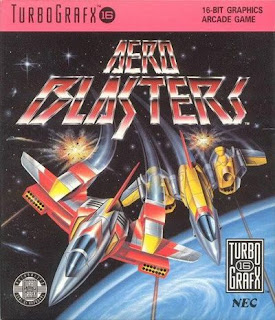 China Warrior (1987)
One of the first PC Engine releases and one which still probably holds the record for most names (China Warrior, The Kung Fu, Drunken Master), but sadly it's not a very good game. Neither cover does a terrific job of indicating otherwise either, with the Japanese one featuring some random kung-fu dude surrounded by sparkly stuff, and the US one featuring a more accurate depiction of the game but doing so using poor quality artwork. I guess the former is at least a little more intriguing but neither is great, much like the poor derided old game... (full review here) 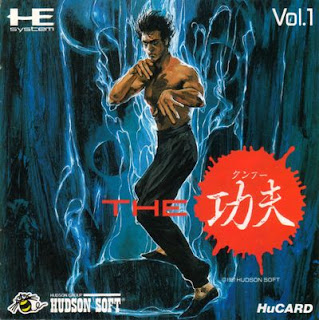 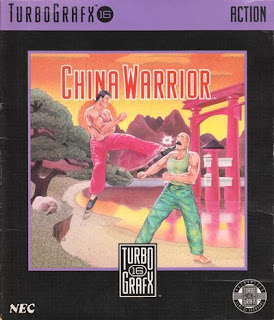 Devil's Crush (1990)
Being a big fan of this effing awesome game, I really can't decide which of these two covers I prefer. Once again the North American cover is a much more accurate depiction of the game itself. Had you never heard about it before you could at least surmise that it's a pinball game, and one featuring fire and scary creatures too. But again that artwork isn't of the highest quality. Not the worst we've seen on a TG16 cover by a long way but still not great. The cover-art that greeted our Far Eastern friends, on the other hand will be familiar to those who have played the game but would've meant pretty much nothing to prospective customers who hadn't, for it features the scary pre-lizard-monster form of the creature that occupies the centre of the main pin-table. I suppose the winner of this one will therefore depend on whether you've played the game before or not (and I suspect most have) but both are pretty decent. (full review here) 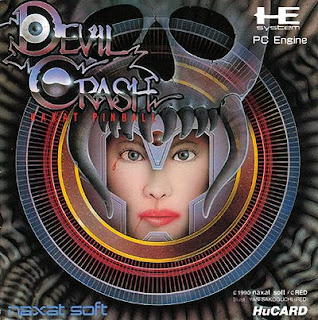 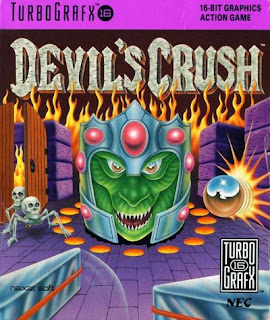 Dragon Spirit (1988)
The Japanese cover of this classic Namco shooter has long been one of my favourite PC Engine covers despite making the game look more like it's an RPG or something. The graceful lady and the brave hero stood next to her are presumably Princess Alicia and Amul respectively, both of whom are mentioned in the story, are are drawn superbly, as is the mighty dragon that is also featured, and there is a very cool game logo too. Once again the U.S. cover is of a poorer standard but more relevant to the game's content, showing a similar blue dragon (two-headed this time which is also correct, game-wise) flying across a primeval landscape scorching unseen foes, but I can't help but favour that lovely Japanese effort. 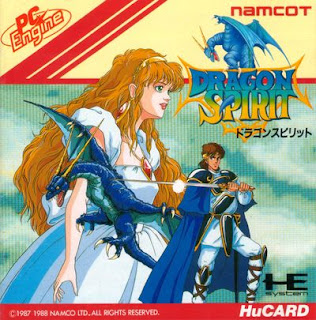 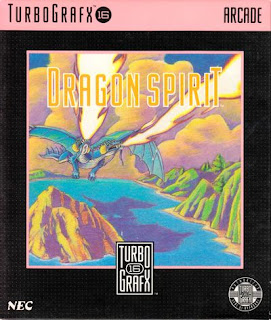 Look out for some more fantastic/dull/scary/horrifying PC Engine and TurboGrafx-16 covers soon (for real soon this time I promise!).