Opinions of Eddie Murphy today are likely to be very different to those of 20+ years ago. Back then he was considered a comedic genius who made something funnier just be being in it. Today he is viewed rather less favourably after a string of poorly received films which began in the mid-to-late 90's by my estimations. In defence of the often-fickle movie-going public, some of the films in question truly are ghastly but is he really that bad nowadays? To find out I decided to watch as many of his films as I could manage with the outcome being this Top Five of his best work so far. Would any more recent efforts make the cut? 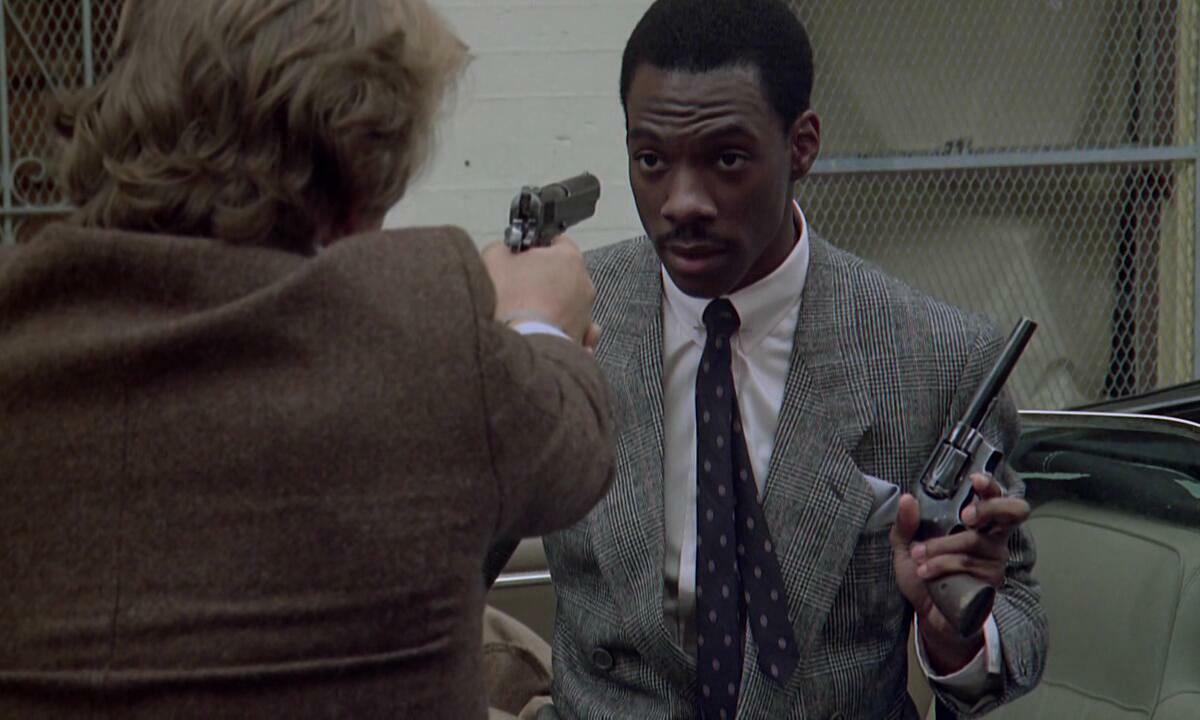 Despite hearing people rave about it for years, this was one I missed in its day, seeing it for the first time only for this feature. Starring opposite Nick Nolte's rough and tumble SFPD detective, Murphy is Reggie Hammond, a former armed robber who is given a temporary break from his prison cell to assist the fuzz in recapturing his old partner in crime who has escaped from prison killing several guards and cops in the process. I think this was meant to be more of a comedy than anything else but, while it's not funny often enough for that, it is a good (and possibly first) example of the 'buddy cop' action thriller which works well thanks mainly to the great chemistry between Murphy and Nolte. It was Murphy's first film too, but it doesn't show from his self-assured performance. Like many of his early films, there's a fair bit of racist language, but that was the only thing I didn't like about this fast-paced adventure. 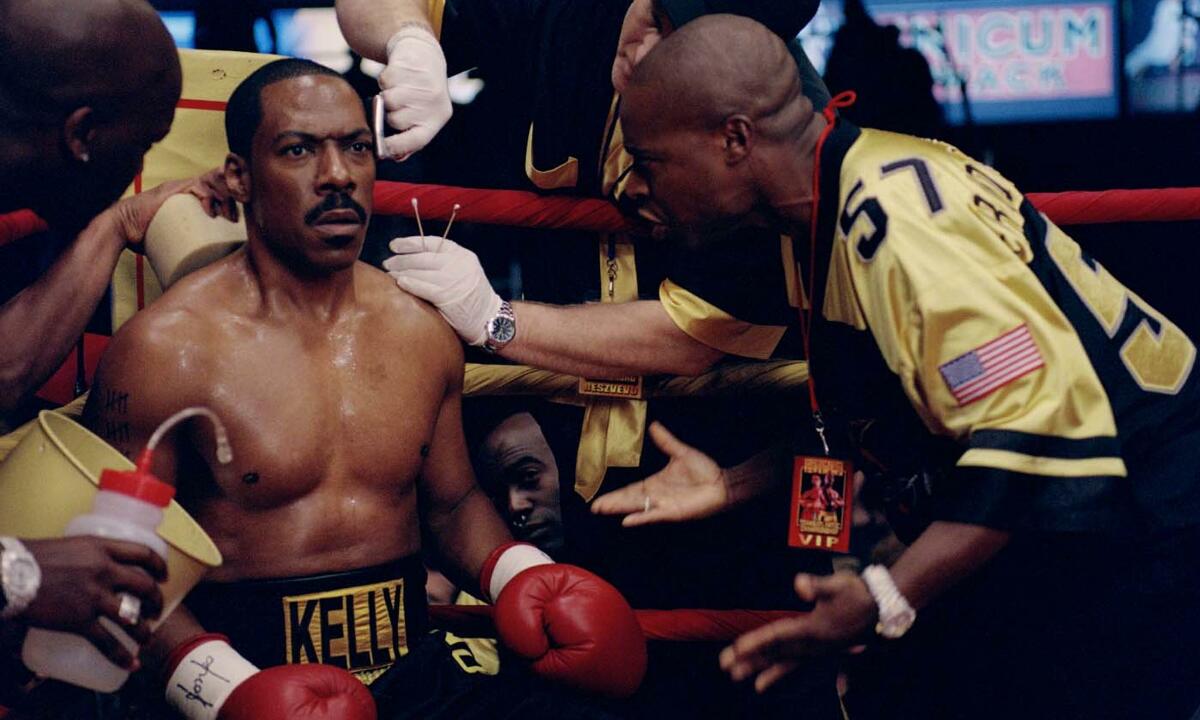 Okay, I know this isn't exactly the most popular film by any account but, unlike 48 Hrs it is consistently funny, and that's largely down to Murphy. It's actually kind of similar to 48 Hrs in concept too - it stars Owen Wilson as Alex Scott, an agent for the fictional BNS security agency, and Murphy as Kelly Robinson, the current world boxing champion, who is enlisted to help Scott track down a prototype jet called the 'Switchblade' which has been stolen by arms dealer Arnold Gundars (Malcolm McDowell). I guess I'm on my own in liking this one, and it is very silly, but Murphy's fast-talking egomaniac boxer and Wilson's buffoonish spy make a highly amusing team if you ask me. No, the story isn't great - like most action/comedies it's just some nonsense to facilitate the tomfoolery of the stars - but it's that tomfoolery that makes it worth watching. Right or wrong, few Murphy films make me laugh as much as this one. 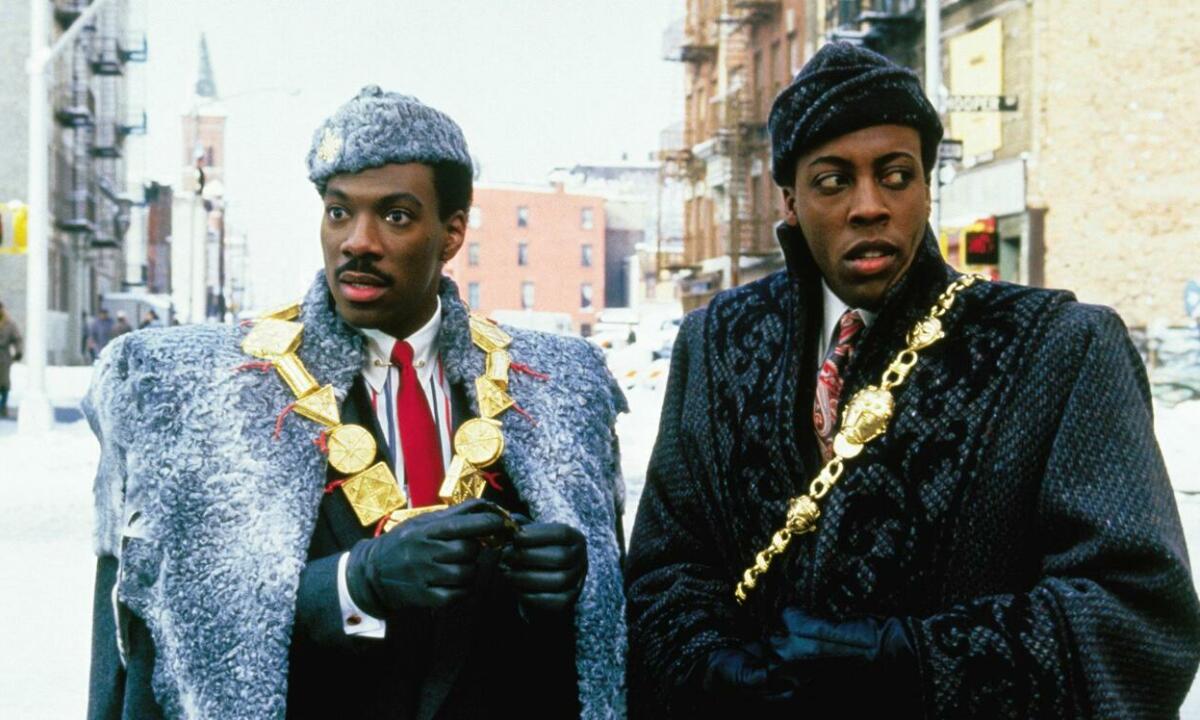 I remember watching this when it was first released but, until this feature, I somehow hadn't seen it since then, so I was pretty much seeing if for the first time again. The story is perhaps the silliest of all the films listed here (and that's saying something!) - Murphy is Prince Akeem, crown prince of the wealthy African country, Zamunda, but he has grown weary of the ultra-pampered lifestyle that is forced upon him, so instead heads for good old NYC to experience real life and perhaps even find a queen. Cue plenty of confused fish-out-of-water encounters and gags as Akeem and his friend Semmi (Arsenio Hall) struggle to understand the American way of life, and it soon veers into romantic comedy territory when Akeem finds his chosen lady - who of course already has a boyfriend who's a dick. It's all very silly but undeniably appealing as well. Murphy and Hall actually play a few other characters too (including amusing elderly, bickering barbers), and it was great to see the nod to Trading Places. 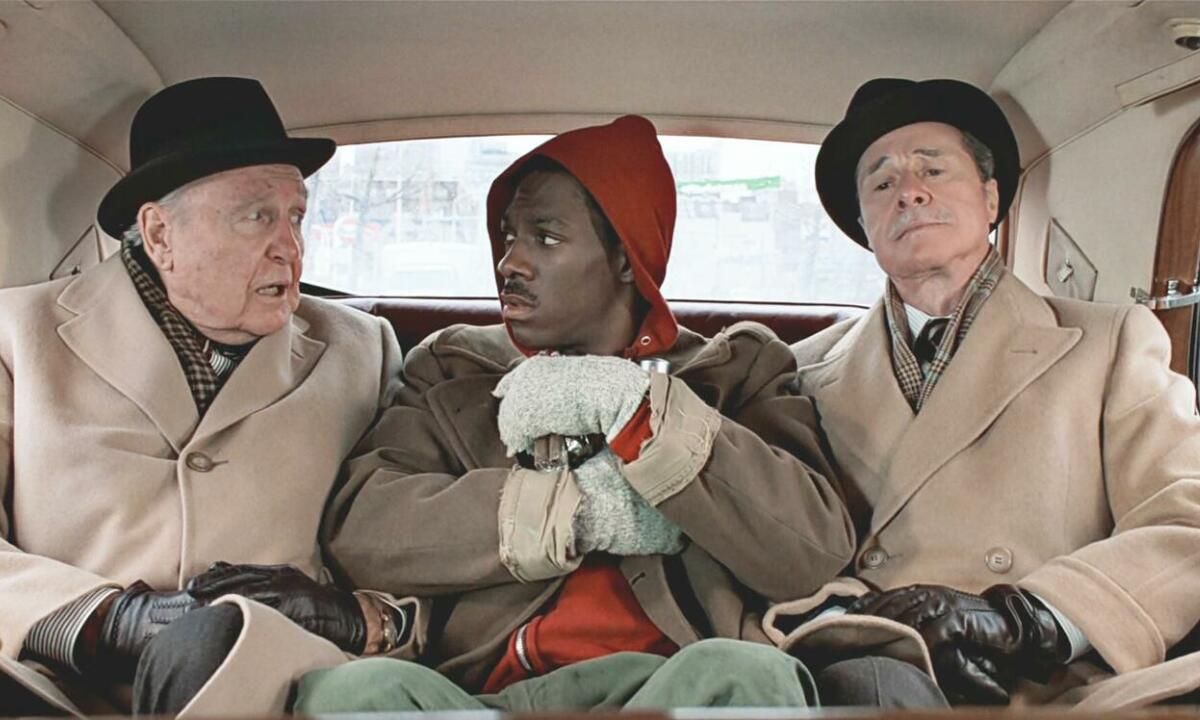 Talking of which... I think this was the first Murphy film I saw back in the mid-80's, though I'm not sure how, what with all the swearing, racism, and Jamie Lee Curtis boobs it contains (I would've been rather young!). It's still a fantastic film though, set in the world of stock-broking dominated by the Duke brothers, Randolph and Mortimer, who make a wager that they can take a homeless bum (Murphy) and turn him into a successful broker while doing the opposite to their managing director, (Dan Aykroyd). When the two of them find out, however, they construct an elaborate plan to turn the tables on the unscrupulous brothers. There are many top laughs either side of this revelation though, as both victims adjust to their new status and then join forces to plot their revenge, leading to a brilliant and highly satisfying climax. The performances from Murphy and Aykroyd are both superb too, and they have some great support from Curtis as well as Ralph Bellamy and Don Ameche as the conniving Duke brothers. A timeless classic and one of my favourite comedies ever. 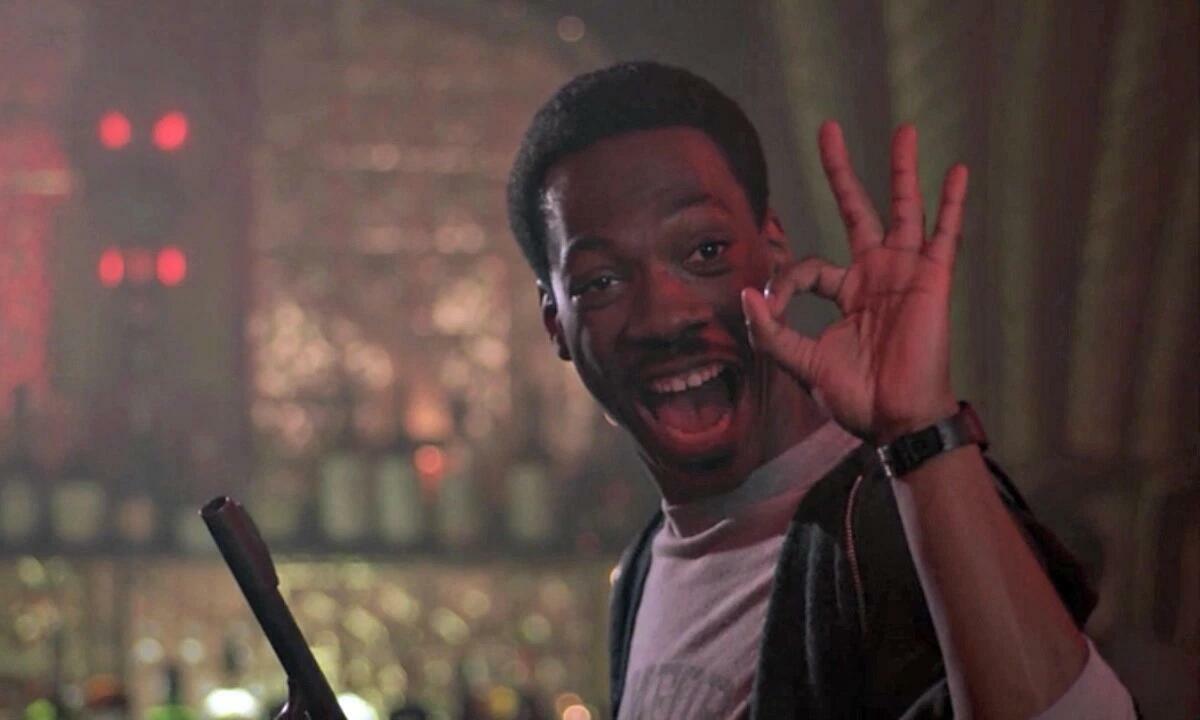 But just taking top spot is the first in the series that I'm sure most would agree is Mr. Murphy's most iconic role - that of errant Detroit detective, Axel Foley. It introduces him and his somewhat unorthodox methods in a highly destructive opening sequence before the murder of an old friend takes his (unauthorised) investigation to the lavish streets of Beverly Hills where he has soon befriended two of the local detectives, Rosewood and Taggart, and roped them into helping take down evil drug dealer/smuggler, Victor Maitland, whom he believes responsible for his friend's death. It's unsurprisingly an action-based comedy then, but there are few better examples around, even today. The main appeal is down to the characters, especially the chemistry between the three detectives, with Foley's constant deceptions and wise-cracking amusing the enthusiastic Rosewood and irritating the reluctant Taggart, and their dialogue is great too. It's a perfect blend really, and still one of the best films of its type.