As was the case with Dressy Bessy in my last music piece, it was also movies that introduced me to Mr. Droge. It was 1995 and the film in question is slightly less embarrassing than the rather girlie film that introduced me to Denver's finest. This time it was while watching the highly amusing Dumb and Dumber, starring Jim Carrey and Jeff Daniels as the buffoons of the title, that I first heard the catchy melodies of 'If You Don't Love Me (I'll Kill Myself)', the tongue-in-cheek song that accompanies Harry's (Daniels) attempts to steal Lloyd's (Carrey) unrequited love, Mary! 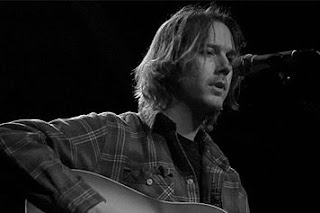 Almost as soon as the movie was over I was trying to find out who the song was by but, what with this being the days before the internet (at least for me), it wasn't as easy as you might think! I did find out in the end though, with the help of Metal Hammer magazine as I recall, and thus my Pete Droge fandom had begun. Born in 1969 and growing up in Seattle, Pete had the unfortunate distinction of sharing his fledgling musical years with the rise of Seattle's grunge scene, and specifically that of Nirvana. Not all the bad luck was on his side though as he also became friends with a certain Mike McCready who would go on to find fame as Pearl Jam's guitarist. Around the time his friend's band were hitting the big time, Pete had his own band, Ramadillo. They did not share the suddenly popular sound that music fans were flocking to Seattle to hear though, so sadly they didn't achieve much success. However, through his continuing friendship with McCready, he got his lucky break soon after relocating to Portland. Pete's friend passed a recording of some of his solo songs to Pearl Jam's producer, Brendan O'Brien, who was so impressed he helped Pete get his first major record deal. 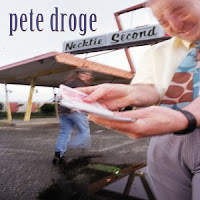 His first album, released in 1994, was 'Necktie Second' and happily it contained the splendid song from Dumb and Dumber. The remainder of the album is not really of the same sort of style as 'If You Don't Love Me...' with Pete instead taking a more moody, reflective approach to the predominantly acoustic tracks. He wrote all the songs himself and they're a mixture of upbeat, rocky numbers like 'Two Steppin' Monkey', soulful ballads like 'Northern Bound Train', and the deeply personal 'Fourth of July' (about a friend's suicide). For a debut album it was a fantastic effort with high production values, thanks to O'Brien's efforts, complimenting the well-crafted, soothing sound of all the songs, and it was a decent hit for Mr. Droge. Soon after this he put together a regular band and by 1996 they had released Pete's next album, and their first collectively, called 'Find A Door', put out under the name of Pete Droge & The Sinners. 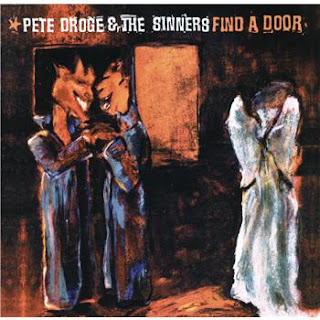 Pete's second effort saw a more refined sound, with him apparently growing more comfortable with his own style, and the result was a more bluesy, yet more upbeat and positive record. It featured electric guitars this time as well and was full of catchy tunes like 'It Doesn't Have To Be That Way' and 'Mr. Jade' as well as some more moody acoustic tracks like 'Sooner Than Later' and 'Out With You' which were more reminiscent of his first album. Despite the more confident sound and further critical plaudits, however, the album sadly did not fare as well as the first. This was mainly down to the fact that the label, American Recordings, were suffering some internal strife at the time and the album received almost no promotion or airplay. Those who were big enough fans of his first album (like myself) did manage to find this follow-up though, and whilst it's unfortunate it didn't earn Droge the success he clearly deserved, it remains a superb listen full of infectious tunes. 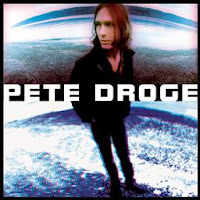 A further two years later, after doing a lot of touring with the likes of Tom Petty and Neil Young, to whom he has often been compared, he put out his third album, 'Spacey and Shakin', on Brendan O'Brien's own label, Fiftyseven Records. For this release he dropped '& The Sinners' name but continued to use the same band. He also adopted a heavier sound to better suit the bigger venues he was now playing and the result was his most ambitious record yet. If there's one thing that's immediately obvious, it's that this is his loudest release yet, featuring huge guitars and crashing drums amidst hook-laden songs like 'Motorkid' and 'Evan's Radio'. Its psychedelic vibe was again warmly received by a majority of critics and this time saw something resembling a promotional push too, and it ended up as "one of the most outstanding examples of the year in its overcrowded 'guitar-rock' category".

Since then, Pete has been involved in a number of projects. He worked with Stone Gossard (Pearl Jam guitarist) on his solo album, Bayleaf, but his next album release proper was one released by the 'super group' project in which he was joined by Matthew Sweet and Shawn Mullins in 2003. Their Brendan O'Brien-produced album features a lot of harmonising as the three talented singer / songwriters pool their efforts but there are also many moments allowing one of the trio to shine on their own too. Another solo album soon followed the same year called 'Skywatching' which revisited his more laid-back, acoustic-based work, and it was once again well-received. Among its more mellow songs was 'Small Time Blues' which he could previously be seen performing with Elaine Summers (frequent backing vocalist for Droge and now his wife) in the semi-autobiographical Cameron Crowe film, Almost Famous. His most recent solo album, 'Under the Waves', followed in 2006, and was another insightful collection of emotionally-charged songs featuring his trademark captivating lyrical musings, drawing from his own experiences as he often does. His most recent project is a collaboration with wife, Elaine, for whom Pete has produced some solo work. Now they've joined forces musically as well and created 'The Droge & Summers Blend'. To be honest, I've yet to hear this album, but if the consistently high standard of his previous work is anything to go by, I'm in store for a treat!

I've been listening to his songs for many years now. I still have most of them on my MP3 player and I've never got bored of them. Droge's bluesy vibe has also proved highly infectious to near enough everyone I've played his music to and it continues to frustrate me that talented musicians like him don't enjoy anywhere near the level of success that most of the countless talent-vacuums that dominate the charts do. As well as his superb guitar work and appealing voice, Pete is one of the most brilliant lyric-writers I've personally heard. To be honest, I don't often pay too much attention to lyrics - I guess I'm not the most analytical music-fan in the world (although it helps me enjoy foreign-language music too!) - but I can't help but listen to the words he sings. Some of his lyrics are touching, others amusing, but they're never anything less than thought-provoking. If you're a fan of actual musicians music rather than pop-pap, do yourself a favour and check out some of the music of Pete Droge. You won't regret it.