Well, I finally got back from R3Play yesterday evening and what a fantastic event it was! An upcoming post will reveal its wonders including a good few photos, but for now here's the next five games I've bestowed with the honour of appearing in the list of My Favourite Games! 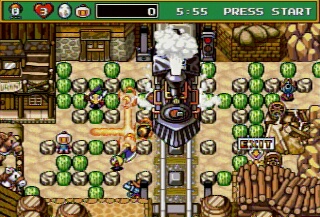 The Bomberman series is unquestionably one of my favourite series' of all-time and it's almost unanimous that this Saturn-exclusive version is the best. Unlike many who view the Bomberman games exclusively as multi-player games, I personally really enjoy the single player modes on most of them too. The simple pleasure of trapping enemies and blowing them up, gradually powering-up our White Bomber hero, and progressing through the stages is one that I enjoy a lot, and the stages in this release are the most inventive and feature-laden yet. However, no one can question the frenetic fun of a multi-player Bomberman session and this is another area in which SB excels - it's possible to have up to ten players simultaneously battling away here and it's among the most fun that can be had in any game! 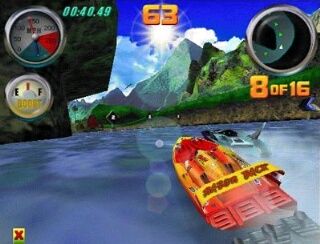 For some reason water-based racing games are few and far between to begin with, but good ones are unfortunately even rarer. For this reason, I thought Midway's Hydro Thunder may be a special treat even before I first gripped the steering wheel, but a few short, heart-pounding, sweaty-palmed minutes later I knew for sure! There's no fancy options screens or championship modes to mess around with here - simply choose from the selection of 'space boats' and blast away! The courses are fantastically themed and designed, and are full of features, shortcuts, huge jumps, and other racers to jostle for position with. The water physics here aren't as convincing as something like Wave Race but that's not really the point - this is a fast-paced arcade racer through and through, and what a rush! 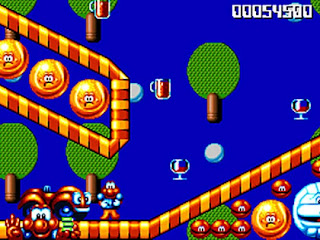 Released by EA before they sucked, this sequel to the entertaining underwater adventure, James Pond, bore little resemblance to its forebear aside from the inclusion of the main character himself, and even he is barely recognisable! To enable our hero to engage in non-water-based tomfoolery, he has been equipped with a robotic exoskeleton, but the Robocop puns end there as he embarks on a bizarre platform-based quest across many large, strangely-themed levels to save Christmas from Dr Maybe! As well as being a superbly designed game, Special Agent Bond's second mission is a treat for the eyes and ears too. It may not have as many background colours as the Amiga version but it's superior in pretty much every other way, and provides a long and entertaining challenge with a surprise around every corner. 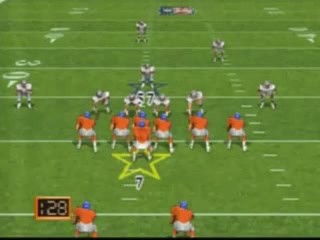 Given my well-known intense dislike of EA, some may be surprised to see this here, but I didn't always hate them. In the MegaDrive days in particular, EA were awesome and one of their best games was John Madden Football. This was the first version of the series to appear on a 32-bit system and, as great as the MD games were, it made a big difference. Bigger sprites, great commentary from Madden, video clips, countless game options and stats, more plays than ever, a floating camera that follows the action closely, and the ability to play as legendary teams from the past made this the definitive US Football game to have ever been seen at that time, and it's still my favourite to play. Some games are great fun but too arcadey, some are too intricate and take too long to learn. This was just right. Plus, it's the only game where I've actually managed to win the SuperBowl! 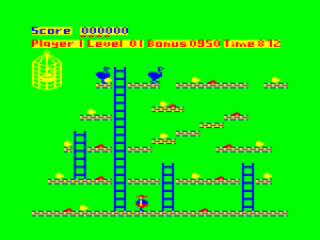 Few platformers were as popular as this one in their day. Every version that I've played is at least good, but the rather garishly-coloured Dragon 32 version is the one I've spent by far the most amount of time playing. My good friend Luke had a Dragon around the time I first met him and we would spend many hours trying to play through this. The game apparently cycles through the eight single-screen stages five times but I've had the skill to prove this. Luke was always better at Chuckie Egg than me but even he couldn't get that far! Still, despite its hideous background (which seemed perfectly normal at the time), this is a great version of the egg-collecting classic, and the only version Luke and I have played which enabled you to perform a few little tricks which greatly helped our progress!


Next up will either be the next five games in this sizable list, or an R3Play report if I can get the photos uploaded in time!
Posted by RetroKingSimon at 17:36