Nebulae are a fairly commonly-recognised sight thanks to sci-fi shows like Star Trek (where they usually end up buggering up the Enterprise somehow) but how many actually know what they are? I suppose not many really care but I do and have always been fascinated by these colourful clouds which come in several different forms and an infinite number of shapes and arrangements formed from clouds of hydrogen, helium, and various other ionised gases. There are hundreds of beautiful and eye-catching nebulae throughout our galaxy and beyond, but here are five of my favourites:
5 - Southern Ring Nebula (NGC 3132)
This striking cloud is a planetary nebula which is formed when a star blows off its outer layers as it transforms into a White Dwarf. It's located about 2000 light years away in the Vela constellation (of Star Control 2 fame!) and looks more like a portal to another dimension. Eeek! 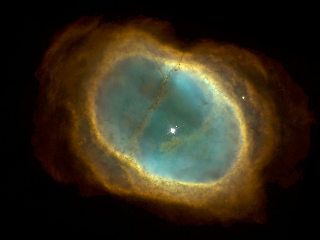 4 - Tarantula Nebula (NGC 2070)
Also known as the Doradus Nebula, this example is a large and extremely bright star-forming region which is actually one of the few clearly observable nebulae outside our own galaxy, instead located in the Large Magellanic Cloud which is a small satellite galaxy of the Milky Way. I'm not sure how its more commonly-used name came about but it sure is an impressive sight! 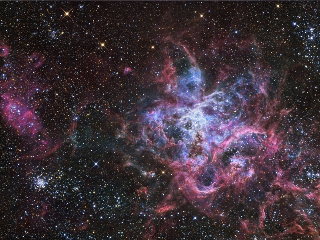 3 - Cone Nebula (NGC 2264)
Another star-forming region, this time located inside our own galaxy around 2600 light years away in the faint Monoceros constellation. The Cone Nebula is part of the much larger Christmas Tree Cluster which can be seen from the Northern Hemisphere (with a very powerful telescope) just to the left of Orion. 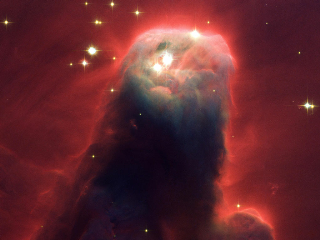 2 - Crab Nebula (NGC 1952)
This famous nebula is a fantastic example of the type that results from a supernova - the colossal explosion that marks the end of a large star's life. It's located around 6500 light years away in the constellation of Taurus and now surrounds the Crab Pulsar, a neutron star which is all that's left of the star which once occupied the same spot up until around 1000 years ago. Many nebulae are supernova remnants but few leave behind a more vivid demonstration of the enormous destructive power that stars wield. 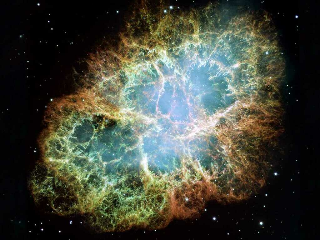 1 - Eagle Nebula (NGC 6611)
Although about the same distance away, the age of this immense emission nebula is in stark contrast to the comparatively young Crab Nebula. Found in the Serpens constellation, the Eagle Nebula is millions of years old and has for much of that time served as a 'star factory'. All of the pink stars seen below are young stars formed within the giant nebula which spans as much as 70 light years itself. Many of the most famous astronomical photos are taken from close ups of parts of this amazingly large and intricate region including the famous 'Pillars of Creation' shot taken by the Hubble telescope. A simply staggering image which really brings home how small and insignificant we are. 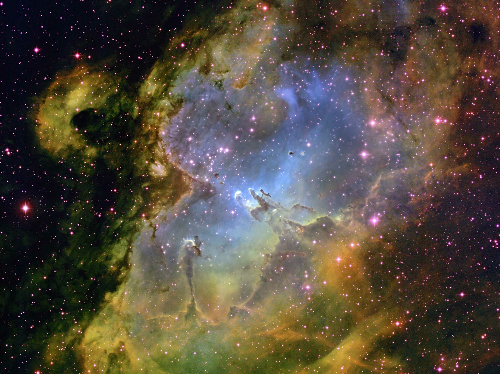