Astonomy is another of my many hobbies, it's something I find confusing (not having a degree in astrophysics and all) but fascinating nonetheless. So, following on from the recently-touched-upon-theme, I thought I'd try another nonsensical, but hopefully informative Top Five! Hardly what any of you come here for, I know, but I hope some of you might find something of interest here. Let me know if you like it and maybe I'll occasionally do a few more posts like this... :)

5 - Luna
I guess I should include this one purely as it's our own barren, insignificant little rock. It's the second brightest object in our sky (and can help when walking through dark, spooky places at night) despite actually being very dark, and in a curious quirk of fate it always has the same side facing us, but aside from a few little tit-bits it's pretty unremarkable. But hey, without it we would have a very different planet and no eclipses! 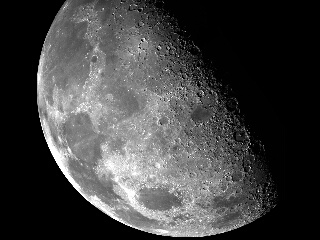 4 - Miranda
This small satellite of Uranus is very interesting from a geological point of view. It was apparently once a Luna-like moon before a smaller, but still not insignificantly-sized object like a moon or asteroid smashed into it, with the resulting colossal explosion shattering the entire moon into pieces before eventually, over many thousands of years, it gradually coalesced into the scarred, patchwork-like moon we know today. All over it are strange geological features that seem out of place and other parts seem to be at right angles to each other. Hope that doesn't happen again closer to us! 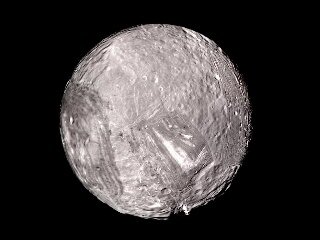 3 - Europa
One of the large Galilean satellites of Jupiter, Europa is most notable at this stage for what it may be home to. That is... life! Smooth and practically devoid of craters, a thin oxygen atmosphere clings to a surface which is almost entirely covered by ice, riddled with cracks, streaks, and ice-like patterns. It is widely believed, however, that under this layer of ice lies an ocean of warm liquid water which may contain primitive life forms! Let's hope an impending mission to it reveals some startling truths! 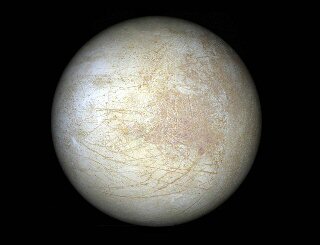 2 - Titan
The largest of Saturn's moons and second largest moon in the whole solar system, Titan is unique for being the only natural satellite in the solar system with its own thick atmosphere. So thick in fact, that any details regarding its surface were a mystery until the Cassini-Huygens mission reached it in 2004. What it found was the only large, stable bodies of surface liquid known outside of Earth, in this case consisting of hydrocarbons. Here, it is theorised, life-forms could exist. Titan also has seasons and Earth-like weather including wind and rain, resulting in surface features such as dunes, rivers, lakes, etc. For these and other reasons, Titan is considered the most Earth-like body in the solar system. Plus, if it was visible, imagine the sight Saturn would make in its night sky... 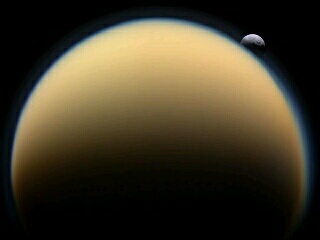 1 - Io
Another of Jupiter's Galilean moons, Io is closer to Jupiter than Europa and this added proximity has had a dramatic effect on its surface conditions - it's covered in hundreds of constantly errupting volcanoes! Friction caused by being pulled between Jupiter and the other Galilean moons, coupled with Jupiter's immense gravity constantly squeezing it, causes intense internal heating and the resultant volcanoes, some of which eject plumes of sulphur hundreds of miles high. This poor old moon is the most geologically active body in the solar system and is effectively being resurfaced every few years! 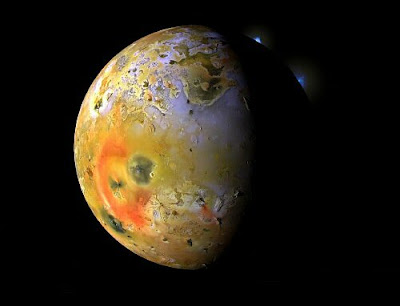