Blimey, it feels like going back to the early days of Red Parsley posting these lists again! Still, I guess I could do with a few easy posts since I'm gearing up for R3Play at the moment (leaving in a few hours - eeek!). Anyone in England, particularly the north-west, could do a lot worse than to check out this giant retro gaming geek-fest! I'll be there along with my good buddy Luke, and I'm looking forward to meeting a lot of Retro Gamer Forumites and Facebook friends there too. It should be an event of special magnificence! Look out for an R3Play-related post here at Red Parsley in the days thereafter. Anyway, on to business... here are the next five of my favourite games! 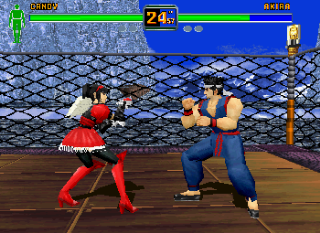 Rarely have I looked forward to a release like I did this one! Unlike many gamers, I never really warmed to the Virtua Fighter style of combat, but it had its good points, and I did like Fighting Vipers a lot, so imagine my excitement at receiving news of this! The extensive roster of combatants includes all of those from both VF2 and FV and let you fight in the style of either game, and also included a dozen or so secret unlockable characters and multiple play modes, so for its day it was a beat 'em up with a lot of longevity. Despite being fond of Candy (for the obvious reasons), I usually fought as Raxel - who wouldn't enjoy smashing people through walls with a Flying V guitar?! Until Soul Calibur came along, this was the most feature-laden fighting game I'd played and it's still immensely enjoyable. 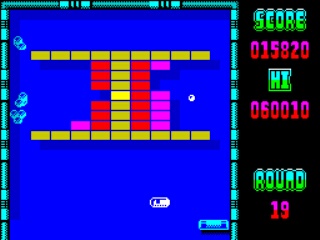 Back in the days of game compilations, the 8-bit computers were the systems of choice, and thanks to Taito Coin-Op Hits I had some great games to occupy my time. Using up most of it was this ultra-addictive Breakout clone. Despite the weird controls which made the bat move faster in one direction than the other, I couldn't get enough of this. I even managed to finish it with the help of a lives cheat (enter 'PBRAIN' as a highscore name)! Taking the Breakout concept and adding power-ups and more varied stages was a masterstroke and the game was perfectly suited to the Speccy. Nice crisp, colourful graphics and a well-graded difficulty level made this a great conversion of a fantastic game that hasn't aged at all. Round three still gives me nightmares though! 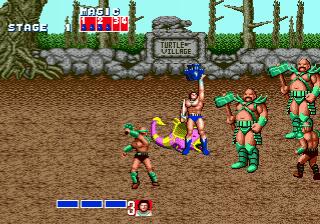 Christmas morning, 1990... finally I got my hands on Sega's 16-bit powerhouse. I played each game as I unwrapped them and the first one was... Golden Axe! Famously billed by Mean Machines magazine as 'arcade perfect' (it's not), this was one of the best of a decent selection of launch titles for the MD and, after Revenge of Shinobi, my favourite. Not only was it a top conversion of their hit arcade game but Sega also kindly included an extra level and a new play mode called 'Duel Mode', which saw the player take on a succession of ever-tougher enemies, to prolong the admittedly short hacking action. A superbly playable game with a great soundtrack, and immense fun for one or two players. 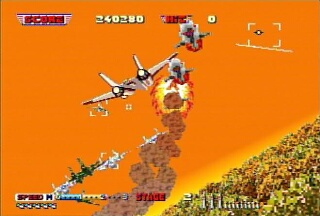 This Super-Scaler classic has its critics, but they usually relate to the home conversions. After Burner belongs in the arcade and in this specially equipped environment I don't think too many people could argue that it's an experience to behold! Clambering into the sizable cockpit, grabbing the yoke, and blasting off from the Sega Enterprises carrier is something that can be experienced all too rarely these days but it never ceases to thrill. I've never been particularly good at this game (those pesky varmints that attack from behind - grrrr!) but it's always a pleasure to let fly a few missiles, nearly get lost in the smoke trails, perform a barrel-roll to get out the way, shoot down a few jets, etc, repeat often! 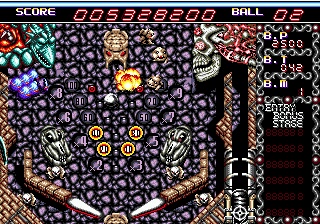 My appreciation of this pinball classic is well-known! It's inclusion in the list of My Favourite Games goes without saying, the only point of contention is which version to include. Both the PC Engine original and this MegaDrive conversion are amazingly playable games, but they have their differences. Based purely on how much time I've spent playing each version though, I'd have to plump for the MD version, plus it's a bit easier! Smacking a pinball around a table infested with all manner of demonic minions and horrific creatures of unimaginable horror would be entertaining to start with but when you include flawless ball physics, an extensive and intricate scoring system, bonus tables, and a superb soundtrack, pinball videogames simply do not get any better than this!


Next five tomorrow (if I'm not too distracted by the wonders of R3Play - hee hee!)...
Posted by RetroKingSimon at 13:00