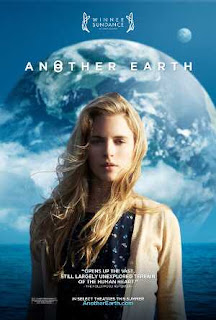 Tagline: "If you could meet another you, what would you say?"

It was quite a while ago now, my trip to Brazil, or it seems so at least. The flight there was awful - cramped, uncomfortable, and most damningly, there was a meagre selection of mostly crap films to watch. The return flight, however, was much better, mainly owing to the far superior selection of films available. I ended up watching three in total. Two of them were unmistakably Hollywood affairs but the other one was not. It wasn't the most immediately obvious kind of film to watch on a long flight but its name immediately intrigued me so I gave it a try. You may have assumed from its name that it's some sort of sci-fi story as I did but it's actually a little more unusual than even that. It starts off by introducing us to Rhoda Williams (Marling), a 17 year-old astronomer who has a gift for science. As she's on her way back from a party to celebrate being accepted to MIT, she hears a remarkable story on the news. 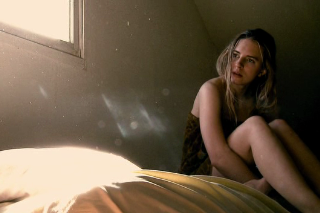 Apparently an Earth-like planet has been discovered close to our own and it is while leaning out the window of her car as she drives home, attempting to catch a glimpse of it, that she ploughs into a car waiting at a junction. Four years later, having just been released from prison, we learn that of the three occupants of the car, two were killed. Rhoda, having blown her previous opportunity, is now directionless and full of remorse. She takes a job at a school as a janitor where she works alongside Purdeep (Pallana) but mostly keeps herself to herself and is reluctant to make use of her intellect or pursue her former interests. With the exception, that is, of entering a competition to be a passenger on the first shuttle to the 'twin' Earth. Instead, she decides to seek out the survivor of the accident she caused with the intention of making amends, or at the very least, apologising. 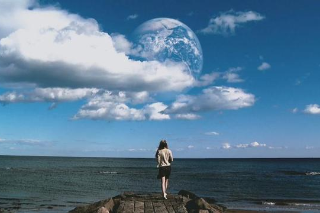 It doesn't quite go according to her plan though, of course, and she ends up working as a cleaner for the now-widowed John Burroughs (Mapother), a former Yale music teacher who now lives alone in a dirty, squalid house, and is unaware of who she really is. As the two of them become closer, it gets increasingly difficult for her to tell him the truth. The two of them occupy a vast majority of the screen-time as well so the pace of the film is quite slow and there is surprisingly little dialogue - I suppose both characters have rather a lot on their minds, but as they gradually help each other to recover from their guilt and grief respectively, they both begin to open up more. All the while, there's that big rock in the sky as well, at times going almost forgotten as the two of them slowly build towards the inevitable. 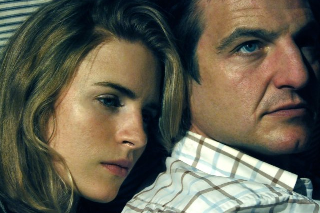 Neither of the main actors are well known - I didn't personally know of either of them, prior to watching, but the performances of both are strong. Marlin pulls off the young prodigy full of wonder and potential, and the quiet, guilt-ridden mess left behind equally well and Mapother, who is Tom Cruise's cousin incidentally, is almost only seen as the grieving widow but convinces splendidly. The existence of the duplicate planet is never explained, with almost all information on it coming from TV shows or radio broadcasts in the background, and with the physical effects of its presence going largely ignored. As you might imagine, it therefore makes for a rather unusual backdrop to this surreal tale of remorse and redemption. It's very much an indie in terms of its style as well as its casting and budget, but it's a moving and thought-provoking film which proves to be an unexpected delight.