Video game consoles are wonderful things. They date back almost as far as gaming itself and have taken many forms over the last 35 years or so. Some are fantastic-looking devices whose styling befits their power and splendour, while others are plain weird, but there have been a few that really do make you wonder what the designers were thinking. I may be alone here but these ugly systems take something away from the actual gaming experience for me as well. Only a little something but it's there nonetheless. Here are the five that make me say "groo!" the most:


5 - Nintendo Entertainment System
It may have destroyed all comers in almost every corner of the world (except here in the UK - hee hee!) but Nintendo's ultra-popular Entertainment System was not a looker. The original Japanese version of the system - the Famicom - was not the most graceful of consoles itself but it did have a lot of appeal and some neat features (controllers that slot into the side - sweet!) but the remodelled 'Rest of the World' version was a drab, square, almost featureless box which not only didn't look nice but was also poorly designed too. 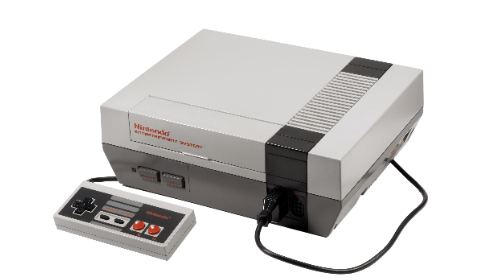 4 - ColecoVision
The two most noteworthy things about the Coleco are that it was the first 16-bit machine and that it could emulate the Atari VCS (with an adaptor) but aside from that it was an unremarkable and rather an odd machine in many ways, not least of all its unusual VCR-like design. It probably looked okay in its day so I think its biggest problem is that it's aged badly, and not in a good way like the original VCS! And those controllers.... aaarrrgghhh! 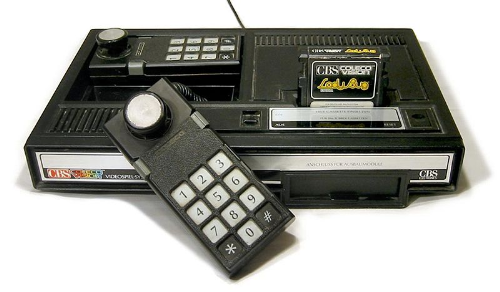 3 - Super NES (US version)
Ahh, the mighty SNES - a worthy adversary for my beloved MegaDrive and a machine I came to respect a great deal. Also, unlike with the NES, we European gamers got the same sexy-looking design as the Japanese Super Famicom. American gamers, on the other hand, were stuck with this gruesome slab with... purple buttons? What on earth? It's supposed to have the four different colours, even the logo features them! What buffoon decided to replace them with different shades of purple? It's not a terrible-looking machine in its own right I suppose but it's so much less pleasant than the lovely Super Famicom, and so unnecessarily too. Boo hoo! 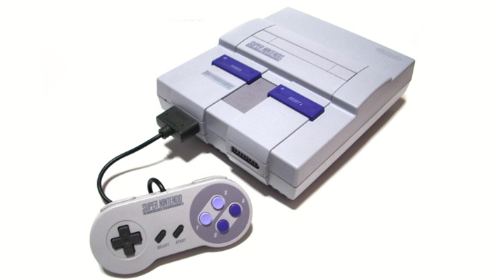 2 - Commodore 64 GS
Not only was this console the stupidest, most ill-conceived device in the history of audio/visual entertainment but I think it might also hold the unofficial record for the laziest design as well. It's almost as if they knew it was pointless and wouldn't succeed so they couldn't be bothered to even try to make it look nice! It was a keyboard-less Commodore 64 under the hood and even less interesting to look at. Is it any wonder it flopped harder than a lethargic hippo? 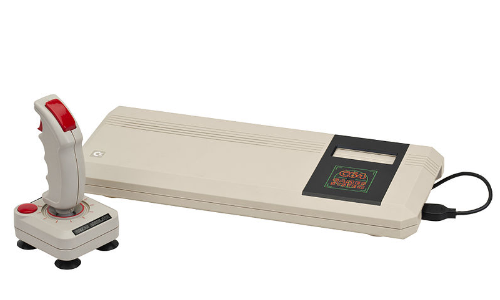 1 - PlayStation 2
Yep, that's right! Many will no doubt disagree with this but I don't care - the PS2, especially the original model, looks horrible! Aside perhaps from its fairly compact size, it looks to me like a 70's air-conditioner that was supposed to look futuristic. It's not even symmetrical - it overhangs at the front and on one side - what's that about? It might've played host to some rather jolly games, and it had nice-coloured lights on the front which looked pretty cool in the dark, but it really is an awful-looking machine if you ask me. Some may say I hold a grudge over its defeat of the Dreamcast but this isn't a console that I would like the look of even if I adored Sony. Blee! 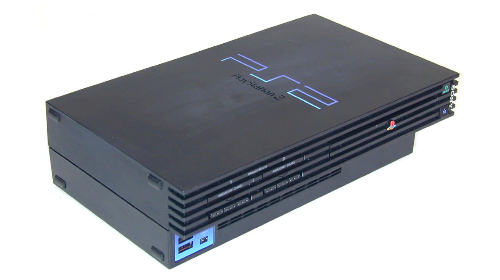