Over the years I've come to realise that I'm pretty weird in rather a lot of ways. To go into all of them would be folly but the one that's most relevant to this post is that, until I was more than 30 years old, I had never travelled outside of my home country (which is England if you didn't know). This was unusual for someone born into the 'First World' and can only be explained by a lack of funds, as well as laziness of course! However, it did give me an excuse to do a bit of catching up when I met the lovely lady who was to become my wife. So, in the last... five years or so, we've visited a number of places in several countries including their capital cities in most cases. Here are the best ones we've been to: 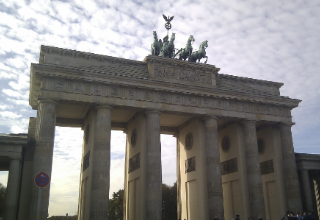 We didn't pick a very good time to visit this city - November is usually chilly enough in the UK but it was even colder here - brrr! I also didn't really know much about the mighty German capital beyond what I heard growing up - mostly WWII and Berlin Wall-related stuff, obviously, and these historic periods are still much in evidence here. We visited some remnants of the Berlin Wall and I was actually surprised to see just how many memorials and tributes there are around the city (I thought references to the war in particular was taboo here). We also visited the iconic TV Tower and the impressive Brandenburg Gate and surrounding area and I was more taken than I probably should've been by the traffic-light crossing dude (known as Ampelmann)! On a less significant note, I also enjoyed the food here - plenty of bangers of many varieties and Currywurst in particular was well lush, and the booze is cheaper than bottled water - if you go to a supermarket you can get three beers for €1! 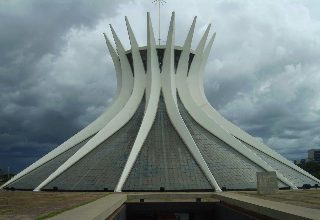 Of all the cities on this list, this is probably the one I've visited most often (yes, including London) as one of its satellite towns is where my wife and her family come from. It's also by far the newest city on this list - it was first conceived as far back as 1827 but wasn't actually built until 1960. The whole city was constructed in one go according to detailed plans and was laid out in the rough shape of an aeroplane, and most buildings were designed by famed architect, Oscar Niemeyer. Accordingly, everything here is tidy and organised, and most buildings have a unique look (such as the cathedral, above) as well, which makes Brasilia a fascinating city to visit but a less appealing place to live since, not only is it very expensive like most capitals, but there's also not a great deal to do in the evenings. Still, you can certainly impress friends and family with photographs of the weird and unusual buildings! 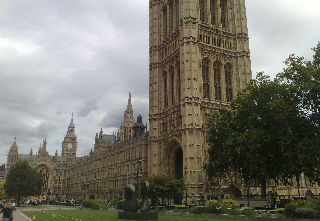 I guess it's pretty strange that, despite living about 70 miles from London all my life, I've not actually been there very many times - one or two visits with my school and a handful of times since to show visiting friends/relatives around - that's about it! One reason for my indifference is the sheer number of people there but it certainly has a lot to see including, arguably, more places of historical interest than any other city on this list, and it's these that I'm far more interested in than infinite hours in Oxford Street or other bloody shopping areas. Perhaps just the wife and I should visit on our own someday and seek out some less well-publicised attractions instead of guiding visitors around the same few places - London Eye, Westminster Palace and Abbey, Buckingham Palace, Trafalgar Square, Tower of London, etc. They're all fantastic places to see though, and London Tahn is a unique place for sure. 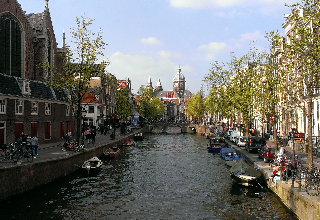 You may not believe this but we didn't visit this watery Dutch city for any drug-related purposes. I actually always assumed that the drug culture here had been rather exaggerated but I soon found that I was wrong - the smell of weed was everywhere and within twenty minutes of leaving our hotel for the first time we'd already been offered some cocaine! This wasn't the only surprise either. I knew Amsterdam, and indeed that entire part of Europe, is mainly below sea level, but I didn't realise how much it affects life there. There are canals and waterways all over the place and the city itself is criss-crossed by dozens of larger canals. This actually turned out to be my favourite thing about Amsterdam - getting about by boat! Most of our time here was spent on the various canal cruises and they offer a lovely and relaxing way of seeing pretty much the whole city. Not everyone uses the canals though - I was amazed at the number of bicycles around the city - there are literally thousands, all over the place! The only downside to this lovely city were the locals we had contact with - they all spoke superb English but many were unfriendly and rude. I'm sure it's not the norm but it did kind of spoil things a little... 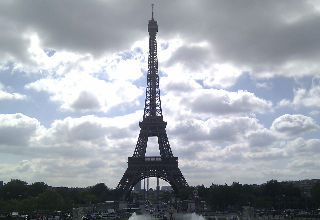 Unlike all the other cities featured here, my wife and I were on our own for this trip (well, there were a few French people around as well) - no friends or family with us, no visiting anyone living there already - just us and Paris. This may be the reason I enjoyed it probably more than any other city visit but it could also be down to the city itself which is fantastic. We only had time to see the usual attractions - Eiffel Tower, Notre Dame, The Louvre, and the Palace of Versailles which is absolutely bloody enormous, putting Buckingham Palace to shame! I also made a point of tracking down the cafe from Amelie (Café des 2 Moulins) which was lovely (but expensive!). I was also pleased to find that Paris is a city that's quick and easy to get around, and the people were lovely and food pretty decent too, although the baked products I so enjoy here in the UK, which are famous for being French, were curiously un-abundant (but I was impressed to see that McDonald's really do sell the 'Royale' burger!). We even had superb weather, luckily, which made our boat rides down the Seine all the more enjoyable.

Special Note: All pictures here taken by me! :)