Although I have long been a keen retro gamer, it’s not just video games that I'm lagging behind on. Much of the music I listen to is by bands I enjoyed in my youth, or even from earlier than that, and I'm happy to wait to see most films and TV shows, even ones I've dying to see (which is probably why there are few 'new release' film reviews here at Red Parsley!). It also takes me much longer than most to embrace new technology. I still don't own a tablet (and have no intention of getting one) and I didn't even get my first mobile phone until about six years ago; even now I've only had three different ones.

With all this in mind, it's probably not surprising that it's only been in the last year that I finally got around to replacing my trusty CRT television with a flat-screen model, and as I've mentioned here before, I complemented this purchase with a PS3, primarily for its ability to play Blu Ray discs. This obviously facilitated my introduction to 'High Definition' entertainment but I've recently found myself wondering... is this it? What’s the big fuss all about? Ironically, one of the few times I've 'converted' quickly to a new technology was when the DVD format was unveiled. During the height of my irresponsible credit card days I bought my first player for £600 at a time when there were only around 10 films available on the fancy new discs (and half of those were single layer 'flippers') of which I bought three – Contact, Assassins, and Face/Off. The latter was the first one I watched and the difference in picture and sound quality was immediately obvious.

I soon started to amass a sizeable collection of films on the new format (without worrying too much about their expense, obviously) as more and more were made available, replacing my meagre VHS collection as well as enthusiastically acquiring many new releases, and I was almost never disappointed. Well, some of the actual films did indeed suck donkey balls of course, but their aesthetic qualities rarely failed to remind me of the splendour the new format offered.

After having invested so much time and money in my DVD collection, I greeted the news of the impending arrival of HD DVD and Blu Ray with less excitement but, even so, the promise of a further improvement in picture quality, and quite a substantial one if the marketing blurb was to be believed, was at the very least a rather intriguing prospect. As mentioned, however, it took me a while to get around to converting this intrigue into a purchase, despite mostly positive opinions on the format coming from some friends as well as magazines and stuff. Fast forward a few years and I'd finally upgraded my TV and bought the PS3 as mentioned, along with two films - Deception (my wife's selection) and Mission Impossible 4 (my selection). Would I be as bowled-over this time as I was the first time I saw a DVD?

The first film we tried was unsurprisingly Deception. The film itself is a bit ropey but the quality of the picture was again noticeably sharper than that with which I was previously familiar. The opening scene features Ewan McGregor as a businessman of some sort in his office, and the detail, just in this unspectacular setting was superb. Success, then? Well, that's what I thought at the time, and I was eager to confirm this belief by watching some other films. Which meant more spending! 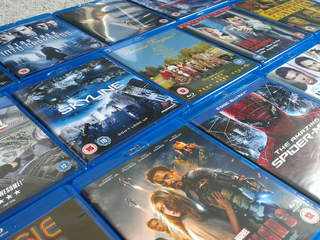 MI4 was next up, of course, and this also looked mighty nice (and was a much better actual film!), though the difference was less pronounced that before. I was still hopeful for the future of the format though, and started slowly buying a few other titles such as The Amazing Spider-man, Marvel's Avengers, The Hobbit, the Bourne series, and the Fast and Furious series - all pretty decent films (at least) and all ones that would surely benefit from the optimum picture quality. And yet, most of them looked no better than a DVD, at least to my possibly-deficient eyes. The menu screens always look ultra-crisp, sure, but the actual films? Perhaps if I had them running side-by-side with the DVD version there might be a small difference but watching the Blu Ray on its own usually yielded undazzling results. The Fast & Furious films in particular were a disappointment - what better opportunity to show off what HD can do than a whole series of films whose emphasis is based purely on the aesthetic? Some films even look worse (Horrible Bosses being a prime example) since the higher definition can reveal otherwise unnoticeable flaws in the picture.

Of course, if this lack of improvement was consistent; if it always seemed the case to me, the problem must surely be with me, perhaps my eyesight. But it's not always the case. The aforementioned Deception, for example, looked great and still does, and so do a few others, so perhaps it's instead the case that the studios and/or publishers (or whoever is responsible) often simply can't be arsed to put the effort into the quality of the transfer, and that would enrage me.

Conversely, some of my recent DVD purchases have featured a noticeably impressive picture. Game of Thrones, for example; I bought the first series on DVD and it looks... amazing! I actually had to check that I hadn't mistakenly bought the Blu Ray version, but I hadn't! "Just imagine what it does look like on Blu Ray!" I exclaimed with excitement and expectation! In the hope of finding out, I patiently awaited the release of season two. After a day hunting around in shops (I don't buy stuff online much - see the characteristic backwardness mentioned earlier) I finally found it in the amusingly-named CEX (pronounced 'sex' - snigger) but this, too, was a disappointment. I don't mean the show which is effing awesome, but the quality of the picture once again failed to impress. It looked nice, sure, but no better than the first season, plus it had the added inconvenience of my PS3 not remembering where I got to in each episode (unlike the DVD version). 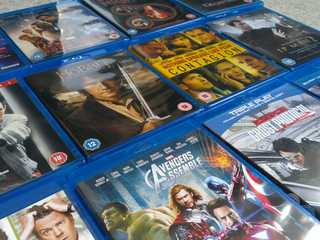 So, to not put too fine a point on it, after the HD war, all the pesky intrusive adverts on DVD's (which were completely pointless when you think about it), all my holding off on buying films until I had a Blu Ray player... the HD revolution has ended up being a bit of a damp squib as far as I'm concerned - potentially fantastic but actually only occasionally so. There have so far been only two things my TV has displayed that consistently demonstrate the qualities of a high definition picture - video games and CG-based animation (such as Pixar films), both of which use similar technology. Is that a coincidence? All I know is, I still mainly buy DVD's (or use Netflix) for my viewing pleasure with only occasional, special films deemed worthy of a Blu Ray purchase in the hope that I might strike it lucky (such as Star Trek Into Darkness - bought recently and not seen yet).

What I now find myself wondering, however, is what you lot think. Not people involved in the industry, not hardcore enthusiasts, just normal(ish) film fans like me. Do you make a point of buying HD versions of films and TV shows, even when they're more expensive (and Blu Ray's cost around £5 more than DVD's here) than their 'standard' definition counterparts? Am I alone in my increasing indifference toward HD? Am I just not seeing it? Or is HD rarely what it's cracked up to be?