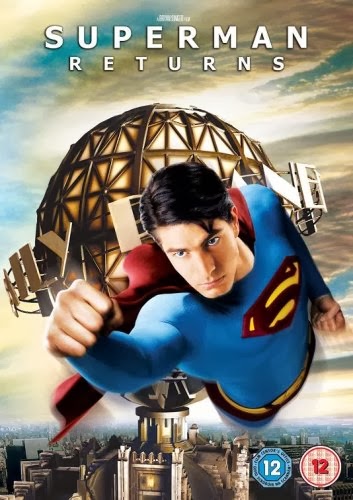 Superhero films are awesome, everyone knows that. The fantastical characters and abilities, as well as the routine threats to our very existence, never cease to enthral and amaze. I suppose we all have our favourites, especially since the spate of related films in recent years which has not, for some strange reason, included Superman nearly as prolifically as one might've thought. Perhaps because of this, perhaps not, but the Kryptonian oaf is one of the few 'main' superheroes I've never really been that keen on. It might be because he's an alien and was already a 'superhero' from birth, at least to us mere humans. He isn't some tortured 'normal' guy who happened to have an accident and became 'cursed' by weird new powers or something like that - he's just a higher being doing us the odd favour whenever the need arises. Whatever reasoning is behind it though, I wasn't particularly bothered about seeing this film when it was announced and have in fact only just gotten around to it...

As the first film to bear the famous name film since Christopher Reeve donned the suit, it was of course intended as a reboot - the first part of a new series in fact - and, surprisingly for a reboot, it isn't an 'origins' story either. It's actually a sort-of-sequel to Superman II (1980) and starts with Superman (Routh) returning to Earth after an extended five-year vacation to investigate what might've been the remains of his homeworld. Upon his return he finds that his long-time arch nemesis, the dastardly Lex Luthor (Spacey), has been released from prison and acquired a fortune by marrying a rich (but dying) old lady. Not only that but Lois Lane (Bosworth) is now engaged to be married, has a son, and is an award-winning journalist after receiving the Pulitzer Prize for an article titled "Why the World Doesn't Need Superman." He's a resilient fellow though!

In fact, he returns to work at the Daily Planet almost immediately, although this is mainly to see Lois again, naturally. He gets his wish but she's not alone - her fiance, Richard White (Marsden), is the nephew of editor-in-chief, Perry White (Langella). Meanwhile, after distracting Supes with a decoy, Luthor travels to the Fortress of Solitude (snigger) and steals some Kryptonian crystals with which he plans to create a new continental landmass in the middle of the Atlantic Ocean. Since this process will also happen to destroy much of the inhabited world, Lex would have complete control over the world's premium source of land! It's a grand plan to be sure but it doesn't really make for the the most... engaging storyline. I suppose they only really needed some maniacal scheme to facilitate Lex Luthor's insane plans, Superman's involvement, and of course something to potentially defeat him.

The trouble is, you just know the plan will fail and everything will more of less go back to normal within a couple of hours. I suppose that's true of most superhero films, and indeed many films generally, but it was much more obvious to me while watching this than it is with many other films. I'm not really sure whose fault it is either. None of the performances here are bad. It seems obvious that Mr. Routh was cast pretty much only because he looks and can act a bit like Christopher Reeve but he does a decent enough job, as least as far as I'm concerned (as a not-really-Superman-fan). I am a Kevin Spacey fan though, and I particularly enjoyed his take on Lex Luthor which shows the character as more unhinged than Gene Hackman's version. The ever reliable Frank Langella suits his role as the abrasive Daily Planet editor too. The only casting decision that didn't quite fit for me was Kate Bosworth as Lois Lane.

She seems like a lovely girl, of course, but she didn't seem fiery enough for me, and she's also a little too young for the character. The most impressive thing about Superman Returns though, as is often the case with these big Hollywood blockbusters in recent years, is the special effects which are fantastic. There are a number of 'showcase' scenes through the film, including our hero saving a plummeting airliner, but the whole film looks wonderful, even the seemingly less important things like the shots of Earth while Supes larks around in orbit, or indeed his fiery return through the atmosphere. As a film, though, it just doesn't quite work for me. I did enjoy it but at times it seems a little more like a homage than a true sequel or reboot (happily the splendid John Williams score returns), although there are a couple of things left open for the sequel that never was as well. Everything here has been done competently but I can't help feeling that it should've been more. It's good but it just doesn't have that thrill that so many superhero films have had in recent years.