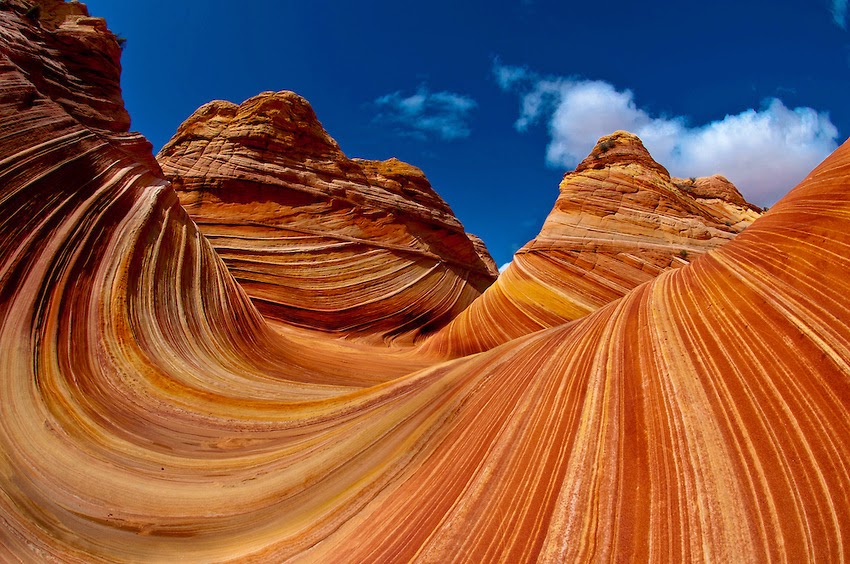 The diverse range of creatures and plant life on our struggling planet is really quite bewildering but they are not all that Mother Nature has to offer. Every now and then we're reminded that the planet itself is alive too, and it is capable of some pretty awesome feats all by itself. Take this remarkable floopy rock formation for example. It's known as The Wave and is located on the slopes of the Coyote Buttes, an exposure of Jurassic sandstone in the Paria Canyon-Vermilion Cliffs Wilderness on the Colorado Plateau in Arizona. It dates back 190 million years and is primarily composed of two major troughs, each around 16m long, which were formed by erosion - water to begin with, then wind, with some parts even having been shaped by trampling dinosaurs! It certainly makes for a dramatic sight too, but good luck visiting it - only twenty people per day are permitted and they are selected by lottery. Maybe one day... :(

Why It Is Awesome: Curly rocks!