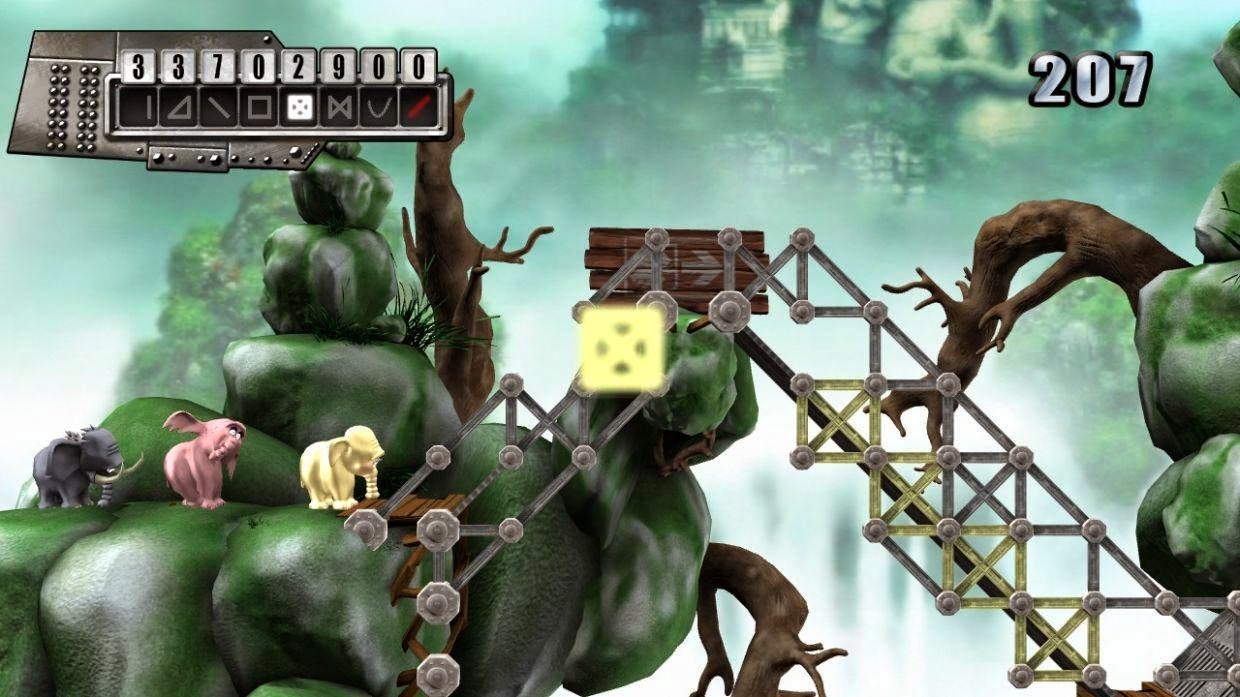 My interest in this game originally stemmed pretty much entirely from the curious elephant used on its cover image, and in particular its amusing 'stomping' animation, but I had absolutely no clue what kind of game it might be. I guessed it might be a platform game and that turned out to be the case... kind of. It turns out, however, that you are required to build the platforms yourself! Well, they're actually bridges you must build - each stage features a ravine or waterway or something and at least one elephant (though often several) that needs to get to the other side. Your job is to build a bridge by choosing from a set selection of small pieces made of metal, wood, and even rope. It needs to be strong enough though, or the poor elephants will fall through to their deaths. 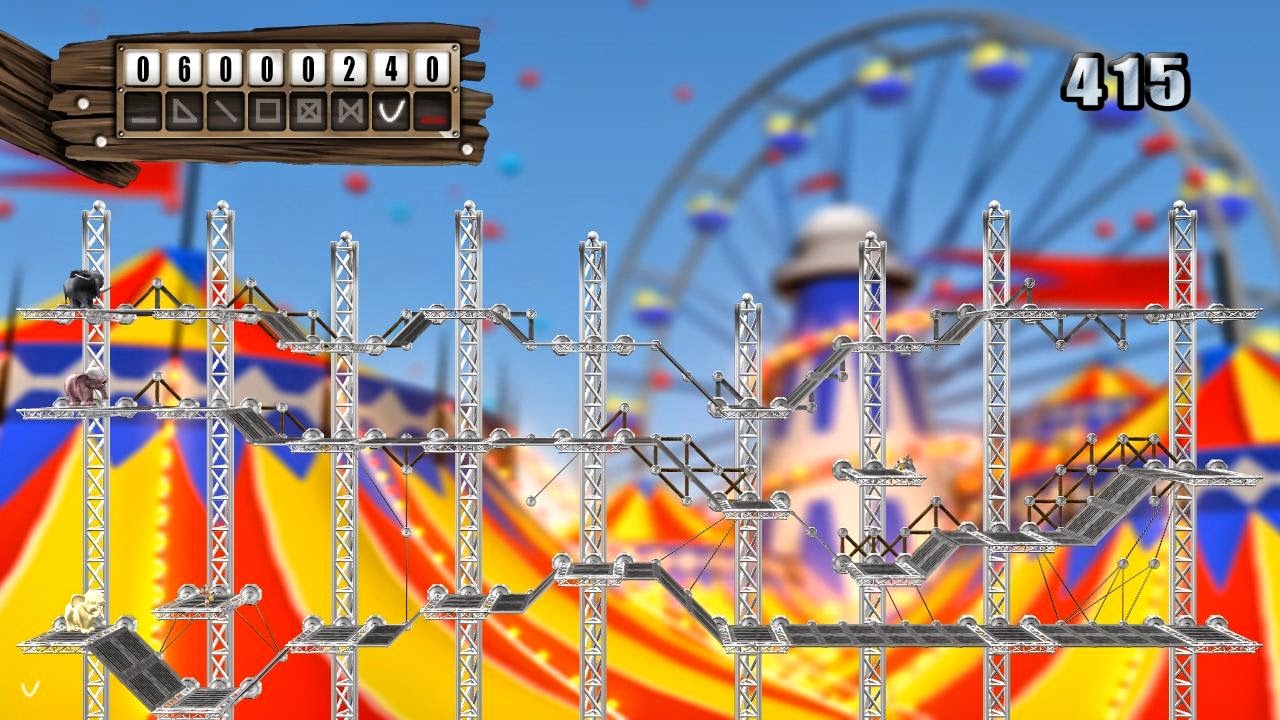 There are four environments with stages starting at Waterfall, then Desert, Swamp, and finally Circus. The first few stages have small, simple gaps to be bridged but things soon get more complicated and before long you'll find yourself spending lord knows how much time building massive multi-tiered contraptions spanning much more daunting distances. So basically then, it's a 'construction game' which, despite its slightly unusual and mildly-amusing take on the concept, uses real world physics which can make many stages rather tricky to get right, assuming you're not a structural engineer of course! Indeed, I suspect I may end up losing patience with some of the later stages, and I'm not sure I like the visual style too much either, but I still had some fun with Elefunk in the short amount of time I've spent with it so far. A fairly pleasant surprise.