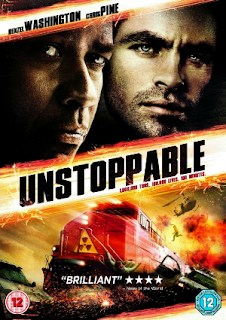 There's been a few films like this one recently. By that I mean ones with generic, meaningless names that do little to inspire interest, mainly because they tell you nothing about the film. Most of them are stupid action films whose directors seem to think that no one will notice the glaring absence of story or acting if they throw in enough explosions or fighting or something. However, this particular film, which came to me by way of a gift, could perhaps show me that I shouldn't be so judgemental. That said, there's not a great deal of plot here either but since it's based on a true story it's not their fault this time, and they've got a great cast to fall back on too. As is often the case, the emphasis is very much on the 'based on' part here but it's a story which was always going to be ripe for Hollywood treatment. 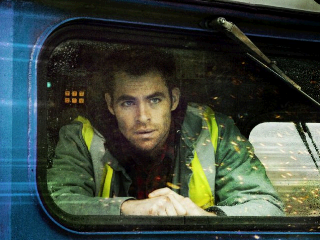 The incident in question occurred in 2001 and involved a very large train careering down a main line unmanned. To make matters worse, several of the train's many cars contained flammable liquids and another substance called molten phenol which is highly toxic. Eeeek! In this film, it's the fault of a bumbling 'hostler' - a train yard employee responsible for moving trains from one position to another. The hostler, Dewey (Suplee of My Name Is Earl in a very Randy-ish role), jumped off the slowly-moving train to change a rail switch only to find the train speeding up. When he is unable to catch up with it, he's forced to report it to his superior, feisty yardmaster Connie (Dawson) who has to figure out a way to stop the train while fending off her own angry superior, vice-president of train operations, Galvin (Dunn). 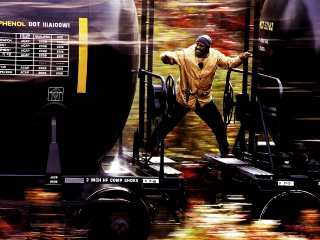 Of course, as all this is going on, we're more casually introduced to our two main stars. In usual Hollywood style they're the typical mismatched pair - Frank (Washington) is a widowed veteran engineer who's worried about being forced out by young upstarts like, Will (Pine - Star Trek), who's fresh out of training school but distracted by an impending divorce, and he's been assigned as Frank's conductor. There's a bit of hostility between them to start with, naturally, but it soon becomes apparent that they'll have to ignore their orders, as well as their own safety, in order to try and stop the train themselves. If you think it sounds like a recipe for a frantic and exciting film, you'd be right! 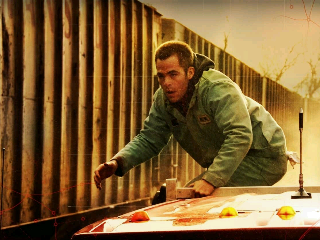 With regards to its accuracy, everything here has of course been greatly exaggerated (I don't know why there's a radiation symbol on the front of the train!) compared to the real incident but it's for a good cause. Scott's familiar directorial style is well-suited to a picture of this type and all the performances are fine. Of the minor characters I particularly enjoyed train-chasing welder, Ned (Temple). It all makes for a highly compelling hour and a half or so. Scott throws a few potential disasters into the mix (an attempt to derail the train, another train full of school kids, etc) which do their job admirably. All in all then, Unstoppable does nothing new really, but it's superbly entertaining while it lasts.