After recently taking a look at what must surely be the Top Five Supercars good money can buy, I thought it might be a good idea to showcase some of the easiest ways to increase the power of these ground-shaking brutes further still. As scarily powerful as they already are, there are actually many ways of boosting their performance without even having to touch the engine. Indeed, a majority of these cars only need to have their engines exposed for the occasional oil check! Some quick ways to add power include the age-old alloy wheels or lowered suspension, both of which can add a good few horses by themselves, but some more recent innovations include changing your bonnet (or 'hood') for a black one, or even just painting your existing one black.

Inspiration can be sought elsewhere too. Take The Fast and the Furious for example. This great film taught us that simply strapping neon lights to the bottom of your car can increase power dramatically too, but don't be coy and hide the lights from view like they did, leaving behind only a mysterious glow on the road surface. It's better to go all-out and have fully-exposed neons on every available part of your car. These modifications are trivial though, compared to some. If you're lucky enough to have a Saxo, Corsa, or one of the rest, try some of these power-boosting strategies. If you're really brave you could even mix and match by applying two, even three different techniques together - the eagle-eyed among you might even spot a few daring drivers below who've tried that for themselves!


5 - Lexus Style Rear Lights
These transparent/chrome style rear lights may have been created by Lexus and used on most of their cars but why should they get all the benefits? In fact, if fitted to a non-Lexus, particularly a supercar they can have even more benefits. Not only do they instantly transform an old, drab-looking car into a thing of beauty, but they can also offer a significant power boost too. Below is a before and after shot of a supercar. Cover the left side of the picture, then cover the right side. Does it not look 1000% more amazing from the latter view?
Power Increase: 50bhp per 1000cc 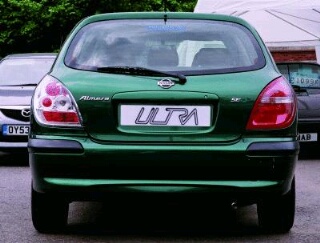 4 - Using Foglights
Discovered completely by accident only a few years ago, the amazingly simple act of driving at night with your car's headlights turned off but the foglights turned on gives a huge power boost regardless of which car you're driving. Using foglights in conjunction with headlights also works as long as it's not foggy, but it's not as effective as using only the foglights. Give it a try, but hang on!
Power Increase: 250bhp 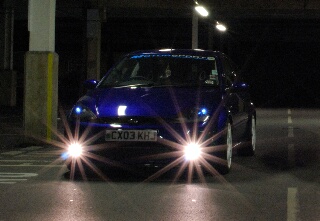 3 - Bodykits
Contrary to popular (and logical) belief, bolting half a tonne of plastic to your car actually does not cause it to weigh more and therefore go slower. As well as increasingly the beauty and desirability of any car, this admittedly fairly expensive procedure can pay sufficient dividends to make your expenditure seem trivial.
Power Increase: 10bhp per kilo 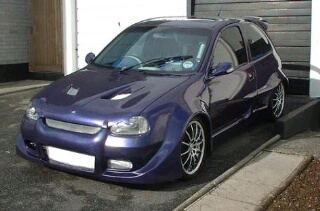 2 - Huge Exhaust
Long a favourite with supercar owners, the mere addition of a large exhaust tailpipe can make an enormous difference to your car's performance. Some naive naysayers may think that all they do is bypass the silencer, therefore making a huge amount of noise whilst not providing any of the desired power boost but they are completely wrong - fitting an exhaust system like this can provide one of the biggest leaps in performance of any modification.
Power Increase: 100bhp per centimetre diameter 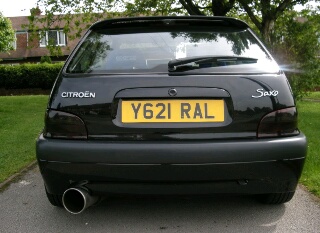 1 - Removing the Badge
The winner, purely because of how simple and easy it is! Regardless of make or model, regardless of whether there's any other modifications on the car, if you want to more than double its power, simply remove the manufacturers badge from the front. By doing this you're actually changing the car itself. For example, let's use the good old Saxo as an example. If you have a bog-standard Saxo, itself a formidable beast of a car, simply removing the Citroen logo from the front grill means that this is no longer a Citroen Saxo. Indeed, it's now a mysterious supercar of unknown origins that has a whole new, awe-inspiring image whose wonders evoke an aura of soul-stirring beauty but also fear. Be cautious with this one...
Power Increase: 500bhp 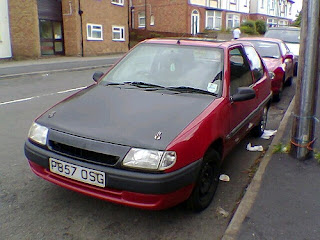 Disclaimer: This post is intended to be completely serious and in no way contains any sarcasm whatsoever :|
Posted by RetroKingSimon at 16:22