Yes, Ferrari's, Lamborghini's, Porsche's, and God-forbid, Bugatti's are all well and good, but just how practical are they for everyday use? Actually, before even getting that far, who can afford them? Fear not, however. If my experiences in the south of England are anything to go by, there are some cheaper and more realistic alternatives to be found which can rival the power and excitement of the more exotic supercars, but at a fraction of the price. Judging from what I've seen on city streets, these are the best five:


5 - Citroen AX
Available with up to a 1.4L engine, this classic old Citroen has been replaced by the Saxo for quite a while now of course, but it still has enough charm and quality to warrant a purchase, and with some models producing as much as 95bhp, who could argue? 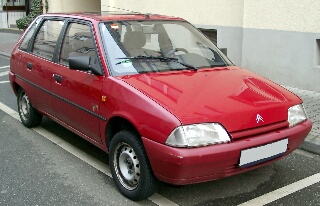 4 - Vauxhall Nova
Ah, the former undisputed king! Until recently any motorist around would shudder in fear in the presence of this monster! Known as the 'Opel Corsa A' outside the UK, it is another fairly old supercar that has since been replaced and now that its replacement has started becoming more affordable, they are becoming more scarce. They are still a formidable sight when spotted though, and with their immense engines producing up to 75bhp, they can still leave most rivals in the dust. 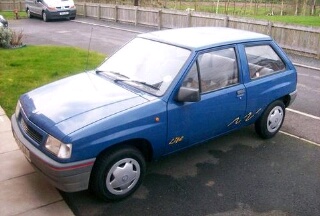 3 - Peugeot 106
Looking near-enough identical to the MkI Renault Clio, this rival has a large number of variations available. The stylish brutes can produce as much as 45bhp from even the most basic model, but the most advanced special edition model remarkably breaches the magical three-figure barrier! Bow to its power! 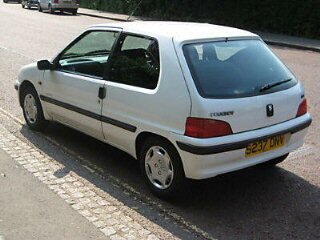 2 - Vauxhall Corsa
Known as the the 'Opel Corsa B' elsewhere, this is arguably the fastest-growing supercar in terms of popularity right now. Though most commonly found with a 1.2L engine, these babies did come as a monstrous 1.6L beast and packed the performance to match those awesome looks. 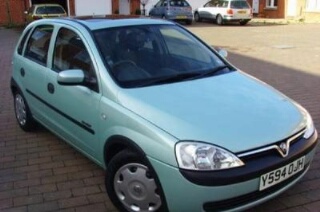 1 - Citroen Saxo
Undoubtedly the greatest supercar currently on the roads, this mighty yet curvaceous car's pulling power is so great, it finally ended the dominance of the seemingly unstoppable Nova. Replacing the aging AX, its engine options ranged from 1.0L to a terrifying 1.6L beast, the latter of which could produce a staggering 118bhp. When you see one of these thunder by, you can't help but feel respect, even awe at the sheer power and ferocity before you. 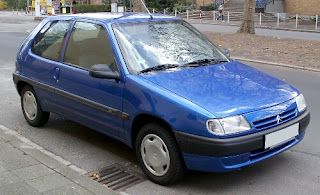 Disclaimer: This post is intended to be completely serious and in no way contains any sarcasm whatsoever :|
Posted by RetroKingSimon at 17:33