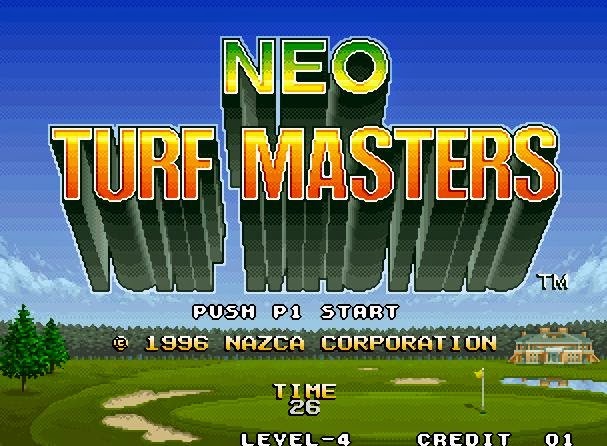 I've never really been a fan of the fiddly, drawn-out games that seemed to exclusively populate this genre for the first decade or so of its existence. I've always preferred the arcade style approach, so the first golf game that I got into, or even played for more than a few minutes, wasn't one of the famous Leaderboard games on the 8-bit micros. Nor was it one of the many, many technically-impressive Links games that swamped the PC in the early-to-mid-90's. I know what you might be thinking now but it wasn't even this game for the Neo Geo. No, the first golf game I played at any length was actually the mini version of this game that was released for the console's little brother, the Neo Geo Pocket, so I'm more than a little interested to see how this version compares. 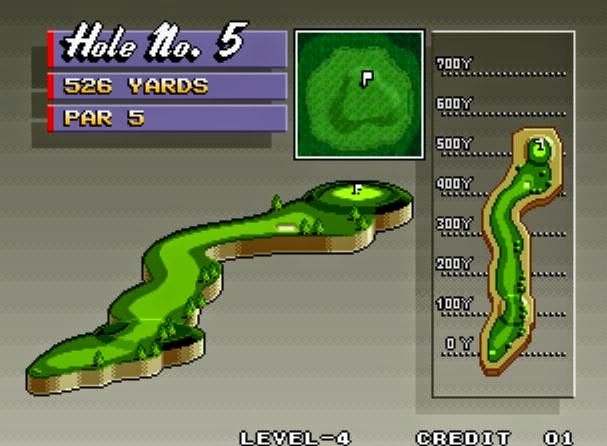 Like the portable version, it doesn't take long to get going here. There's a choice of two play modes - Stroke Play, which is for one or two players, and Match Play which is only for two players. After this, you must choose a player of whom there are six available. Each is from a different country and they are each rated over five different criteria, usually specialising in a particular area. The American guy is the exception as he's the 'average at everything' player for beginners, but the others all have their own strengths and weaknesses. For example, the Japanese player is most skilled at putting while the Australian player is great at recovery shots. After this you'll get to choose between four fictional courses (USA, Japan, Australia, Germany) and then you're away! 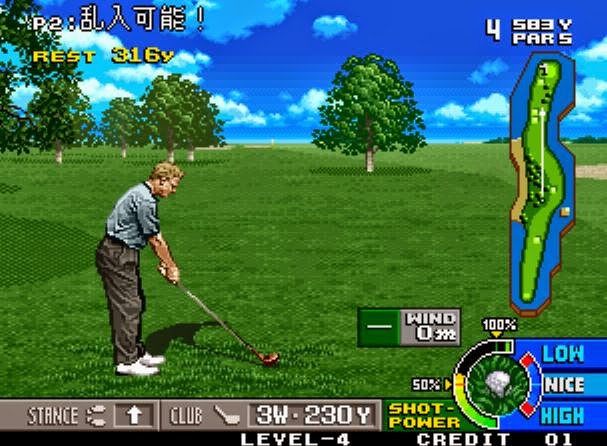 Of course, there are quite a few arcade style golf games around but one of the things that makes this one good is how easy it makes things for you. In that respect, it's the exact opposite of the last (only, in fact) golf game reviewed here at Red Parsley (Top Player's Golf). Here, there's a small, overhead representation of the current hole (giggity) on the right of the screen at all times which shows your current position and a line to indicate the path and landing spot of the ball assuming it's hit with full power by the currently-selected club. The shot power-meter is constantly moving back and forth - simply stop it to apply the desired amount of power, then stop the meter next to it to determine where you hit the ball. Here's it's possible to apply backspin or topspin, or just hit it dead on. 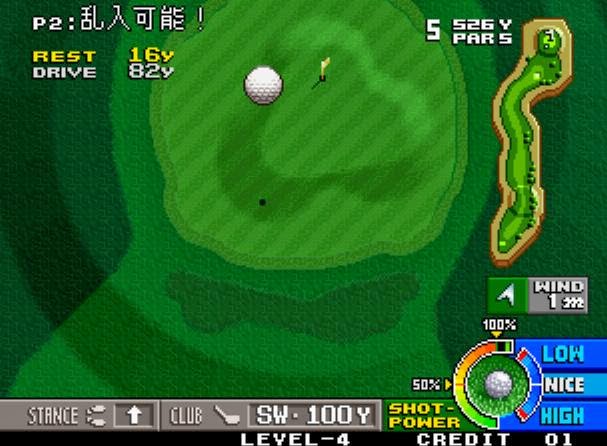 It's all very simple stuff but it's been executed to near-perfection. It's possible to place the ball more or less wherever you want to and experienced players will soon be getting birdies and eagles galore. The most challenging part of the game is the putting, with the greens having more and more slopes and hills and unhelpful 'grains' as you play through the game. Varying wind levels, bunkers, water hazards, and all the rest of the usual obstacles play their part throughout play as well of course, but overall the going's pretty easy and relaxed. The real challenge here comes from taking on friends! This is where most golf games come into their own and Neo Turf Masters is no different - the controls are intuitive and easy to get to grips with so you'll be having intense yet leisurely battles in no time! 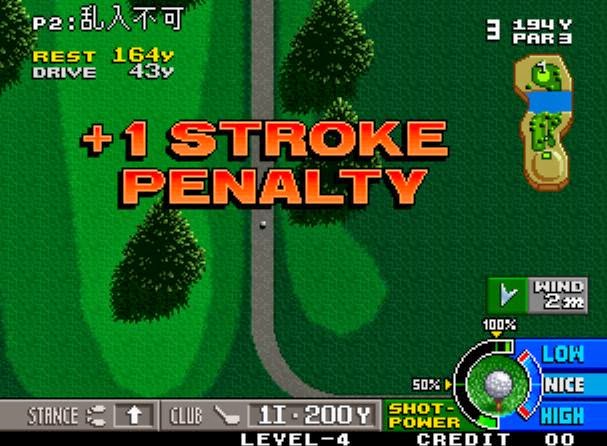 The visual style of the game is a bit more serious and realistic than the cartoony Pocket version that I'm used to, but the presentation is really nice. Of course, the graphics don't vary a great deal in their appearance but they are well-drawn and each golfer has several screens showing their reaction to the success of their shots, or perhaps lack thereof! Everything moves smoothly and is nicely detailed too. There's quite a bit of speech, both in-game as well as on menus and the like, and the music is great, perfectly suiting the pace of the action. Everything about the game is of a high standard and it's great fun - a ten-minute-diversion kind of game which is very enjoyable to play by yourself. The lack of any computer opponents is a disappointment but find a friend to play with and it becomes one of the most playable arcade-style golf games around.